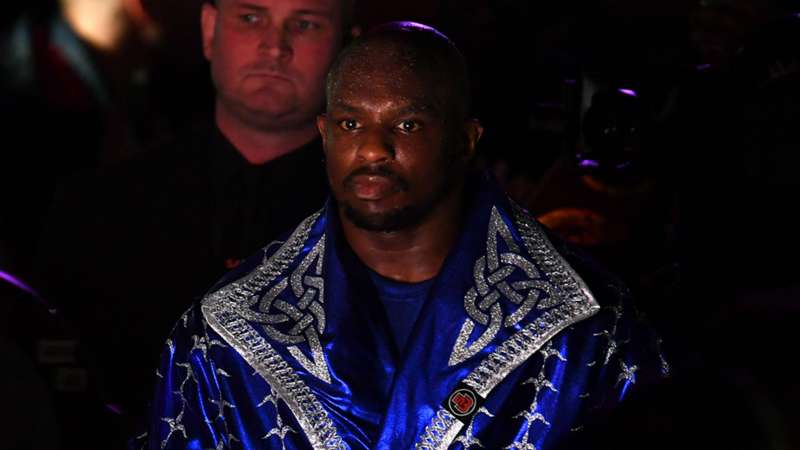 (Getty Images)
Watch Off the Cuff: Dillian Whyte on DAZN

Dillian Whyte reveals all about a shoulder injury that almost cancelled his fight against Anthony Joshua on the latest episode of DAZN's Off the Cuff.

Once again, a shoulder injury has proved to be a major problem for Dillian Whyte and has unfortunately lead to the cancellation of tonight’s fight against Otto Wallin.

However, when speaking to Gareth A. Davies on DAZN’s Off the Cuff, Whyte revealed a similar injury almost led to the cancellation of his domestic showdown with former world heavyweight champion Anthony Joshua six years ago.

“Come the Joshua fight, I had injuries, I could’ve pulled out the fight. My shoulder was jacked up bad, I had surgery two days after,” Whyte told Off the Cuff.

“Come fight week, I can’t move my shoulder. I had two injections, one in the front and one in the centre.”

When it came to the actual fight against Joshua at a sold-out O2 Arena in London, England, Whyte described what he was feeling when his shoulder shattered while throwing a punch in the second round.

“As I hit him [Anthony Joshua] with the punch, my rotator cuff is shattered, I felt it and I went after him. As I throw my shot at one stage you see my leg buckle because I felt shooting pain.”

Despite Whyte’s corner, which included head trainer Johnathan Banks, wanting to pull him out of the fight, the Brixton heavyweight insisted he would carry on and would only leave the ring if he got knocked out.

“Hell no am I done,” Whyte responded when his corner told him their plans to throw in the towel.

“The only way I’m going out is on my a--e and I did eventually. I fought another six rounds.”

Following his loss to Joshua, Whyte learnt a lot in terms of fighting through pain and how it can affect his fighting style both physically and mentally.

“One thing I learnt from that fight is not to be distracted by pain because as the fight started, I’m thinking ‘my shoulder is f----d’. If I jab him this way my shoulder hurts so I need jab this way, I’m overthinking.”

Since that fight with Joshua, Whyte has developed into a world class heavyweight and is now set for a shot at Tyson Fury’s WBC heavyweight title early next year.

Watch Off the Cuff: Dillian Whyte on DAZN.