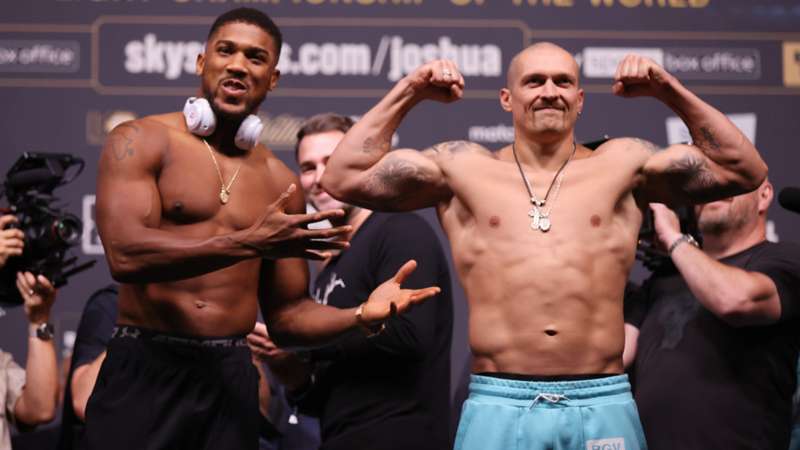 Eddie Hearn gave an update on the WBA, WBO and IBF world heavyweight title rematch to The DAZN Boxing Show.

Speaking exclusively to The DAZN Boxing Show, Matchroom boss Eddie Hearn revealed that he has spent the past few weeks scouting locations for the much-anticipated clash.

"Had a call with Daniel Levy from Tottenham which was where the first fight was at, they really want to bring the rematch back there, I love the idea of that as well.

"Egis Klymas and Oleksandr Usyk are actually in the UK this week so we’re going to sit down with them and just talk through everything."

When it came to a potential date for the rematch, Hearn is aiming for May or June.

"We’re getting to a stage now where we’re going to start thinking about securing a date which will be the end of May or June.

"There’s nothing that’s going to stop Anthony Joshua from taking that fight."