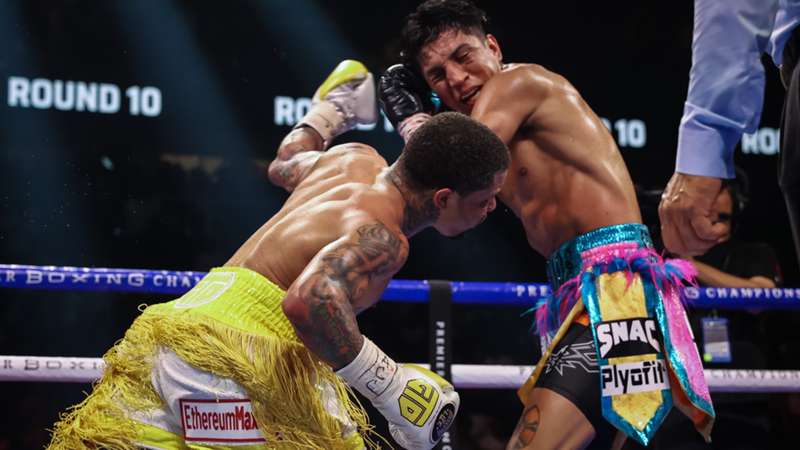 His first 140lb clash ended in victory, but it was not without difficulty.

Gervonta Davis admitted he was ‘nervous’ about taking on Mario Barrios as he moved up to 140lbs at the weekend.

Davis has fought at a number of lighter divisions already but he went up to super lightweight in pursuit of Barrios’ WBA interim championship.

The 26-year-old American contender was given instruction by promoter Floyd Mayweather midway through the fight to go for the stoppage as it became clear he was struggling on the scorecards of some observers. Davis ultimately managed to drop Barrios three times - twice in the eighth and once in the 11th before the fight was stopped in his favour..

“I definitely was nervous the whole night because I didn’t know if I catch him, would I hurt him?,” Davis said after the fight.

“Or if he catch me, would he hurt me? You know, he had on eight ounces [gloves] and I was going up two weight classes, so my mind was, you know, my coach and them was, even Floyd was telling me to press him.

“But I’m like, ‘I don’t know. Like, I don’t wanna get caught.’ You know, so I laid back the whole fight. But then I think it was like the eighth or ninth, Floyd came to me and was like, ‘You down. You know, you down on the scorecards.’ Unofficial, yes, you said that. Yes, he said I was down on the unofficial scorecards. ‘So, pick it up and show me you great.’”

Davis explained his conservative start in the fight.

“It was basically me just trying to figure him out and see what he do good,” Davis said.