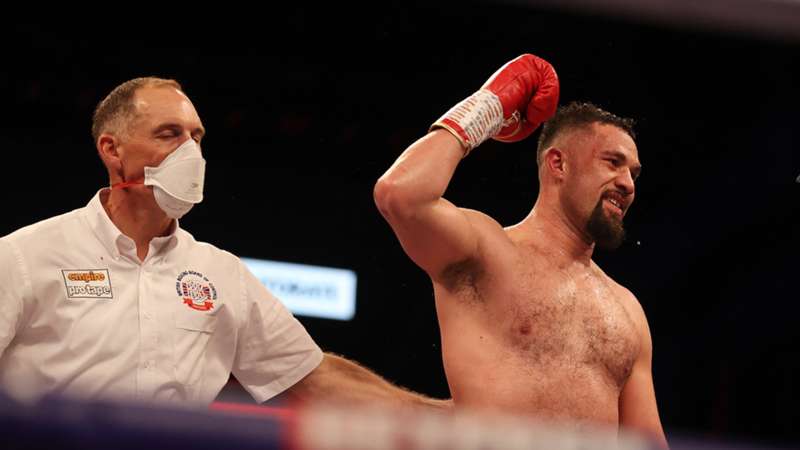 Joseph Parker faces Derek Chisora next month in a rematch from their May meeting.

Joseph Parker, ahead of his December 18th rematch with Derek Chisora, is ready to compete for world titles again. For a decent portion of his successful career, Parker was accustomed to the highest level imaginable in boxing as he removed the nearly man tag that has adorned southern hemisphere heavyweights by becoming world champion in 2016.

Parker’s win over Andy Ruiz, a result that looks better today than then considering Ruiz’s exploits since, saw Parker join Tyson Fury, Deontay Wilder and Anthony Joshua in the heavyweight title picture. His eventual loss of the crown to Joshua, a fight that saw Parker’s stock stay the same due to manner of his defeat told a story that the charming New Zealander would one day become champion again. Almost four years on, Parker is still waiting.

“The titles are held up at the top now so I can do is just keep winning,” said Parker during an exclusive sit-down with DAZN.

Parker’s rise from prospect to champion was a swift jump accompanied by huge fanfare in his native country. Building his ledger against ordinary opposition, Parker would pass the eye test convincingly when getting past Carlos Takam and Ruiz on his way to becoming world champion.

A soul zapping 2018 saw Parker lose momentum in a big way as his loss to Joshua was quickly followed by another defeat against Dillian Whyte. In the space of a few months, Parker had gone from heavyweight champion to a fighter who couldn’t afford another loss on his record. The road back to the prosperous position he once occupied has been a long one but Parker admits he’s had to work at biding his time.

“I’ve been practicing patience like a lot of other heavyweights out there. I’m doing my best to train and to keep learning. I want to keep progressing as a fighter ad this next fight I have [Chisora] is the perfect opportunity for me to show what I’ve been learning with Andy Lee and that I'm improving all the time.