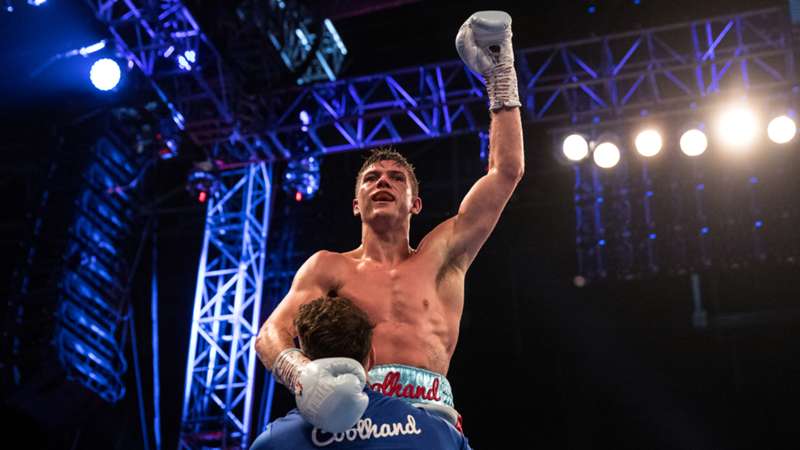 Getty Images
Watch Garcia vs. Campbell in full on DAZN

His last fight was a thrilling loss to rising star Ryan Garcia.

Luke Campbell, an Olympic gold medalist at the London 2012 Games and world title challenger as a professional, has announced his retirement from the sport of boxing at the age of 33.

Campbell posted a statement on Twitter confirming the news.

"After a lot of thought and reflection, I have decided that now is the right time to hang up my gloves and retire from boxing," began Campbell.

It’s been a blast, thank you.

"As soon as I first stepped into St Paul's Amateur Boxing Club in Hull, my dream was always to win the Olympics. By winning gold at London 2012, in front of home support and my family, I had in many ways already achieved my hopes and aspirations in the sport before my professional career even started.

"So, while for many turning pro is where it all begins, for me it was more of a bonus. And what a bonus it turned out to be, achieving more than I ever expected and giving me memories I will never forget.

"Boxing has been a part of who I am since the age of 13 and I would not have been able to reach half the heights I have without the incredible support of my wife Lyndsey, who has been with me every step and punch of the way. I cannot wait to spend more time with you and our three beautiful boys."

Campbell won gold at the 2008 European Championships in Liverpool as well as being part of that legendary group of individuals and teams to collectively earn a huge haul of Olympic gold on home turf nine years ago when he won the men's bantamweight tournament.

As a pro, 'Cool Hand Luke' fought some of the very best, including challenging Jorge Linares and Vasiliy Lomachenko for world titles at lightweight. However the Brit came up short in both attempts, and his 20-4 pro record that also included a loss to Yvan Mendy that he later avenged concluded with his fourth and final loss at the start of 2021 to rising lightweight star Ryan Garcia.

Campbell shocked a lot of people with a bright start that put 'King Ry' on the canvas, but the youngster rallied and ultimately finished Campbell with a fantastic body shot to continue his own path to hopeful world title glory.