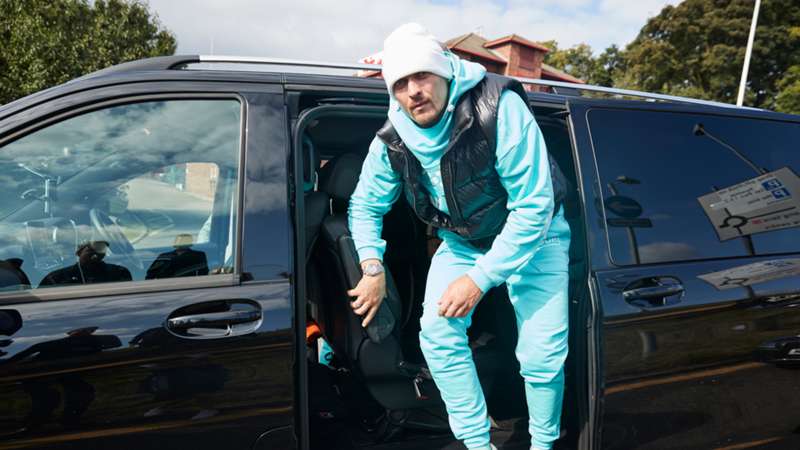 Exclusive interview: The Liverpool man knows all about Oleksandr Usyk.

Tony Bellew knows all about the immediate threat that awaits Anthony Joshua on September 25th. In November 2018, Bellew, fresh of a superb series win over David Haye at heavyweight, challenged cruiserweight ruler, Oleksandr Usyk, inside a congested Manchester Arena.

After a solid start, the fight became tougher for Bellew as the halfway mark passed and the heroic effort in the fight’s early stages cost the Liverpool man as was stopped in the eighth session. It was the fight that brought the curtain down on Bellew’s illustrious career and the former world champion isn’t hesitant in his praise for the man who wrote the final page in Bellew’s professional story.

“He was the best fighter I ever shared a ring with,” declared Bellew when speaking to DAZN. “I’ve been in with big punchers like Adonis Stevenson and David Haye, fast fighters, clever fighters, but no one put it together the way Usyk did. I knew he was brilliant before I fought him but I had to take the challenge on and after the fight I realised he was better than what I first thought and that he’s a very special fighter.”

Since eliminating Bellew’s undisputed dreams, Usyk has moved to heavyweight with his sights set firmly on next weekend’s opponent. Wins over Chazz Witherspoon and Derek Chisora have seen the talented Ukranian cause a few ripples in his new weight class but the form from his dominant run a division south has been absent in recent fights.

COVID-19 has effectively stolen a chunk out of all fighter’s careers and Usyk is no different. His WBO mandatory status has afforded him a shot at Joshua but with only rounds against Witherspoon and Chisora in his limited heavyweight locker, will that impact how Usyk performs against Joshua?

“He might’ve liked one more fight,” said Bellew. “Maybe against a taller opponent because he’s going to be giving up serious size against Joshua. I get the Chisora fight because Derek is so strong on the inside and he gives you a real idea of what it’s like to be in the ring with a heavyweight. I used Derek for my fights with Haye and he was a big asset in the gym.”

With Bellew following Joshua’s career since day one and his first-hand knowledge of Usyk, how does the ex-fighter see the intriguing meeting? Is this a step too far for Usyk or will he overcome the odds and cause a minor upset against his fellow 2012 Olympic gold medallist?

“I think Joshua late on. He could even be behind when the stoppage comes. I think the skills of Usyk in the first half of the fight will get him in the lead but Joshua will figure him out and he’ll combine that with his size to start hitting the target more often. This is a hard fight for Joshua but he’ll be a much better fighter for the experience once it’s all over.”