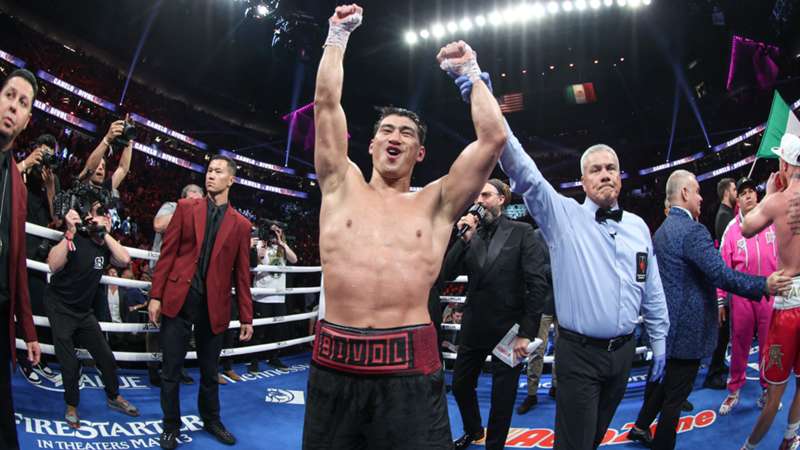 Ed Mulholland/Matchroom
Check your region for Bivol vs. Ramirez on DAZN

Dmitry Bivol is back in action this weekend and the spotlight is going to be shining brightly on him following his stunning win over Canelo Alvarez last year, a result that I didn't see coming. Bivol heads to Abu Dhabi and he’ll defend his light-heavyweight title against the excellent Gilberto Ramirez, as the unbeaten Mexican finally gets the chance he’s been begging for.

This is a solid fight at 175lbs between a champion trying to enhance his dominance over the division and a challenger who’s desperate to prove that he’s the number one fighter about. Ramirez’s confidence has always been on another level, and although he goes into this contest an underdog, you wouldn’t think so looking at the way he carries himself and the manner he speaks.

Already a world champion at super-middleweight, Ramirez is no stranger to fighting at the highest level, but make no mistake, Dmitry Bivol is a level above anyone he’s been in the ring with. You can go through his record and point out wins against the likes of Arthur Abraham and Jesse Hart, but Bivol is going to present plenty of problems that Ramirez has never faced before.

Entering this fight a few months after handing out something of a schooling to Canelo, something I thought I’d never see again, Bivol will be looking to prove that he can turn it on against anyone. If he were to lose to Ramirez then the result against Canelo will become a distant memory and any chance of facing boxing’s biggest draw next year, or Artur Beterbiev for undisputed, could be off. It’ll be Ramirez getting those opportunities instead.

Personally, I think Bivol is too clever and too professional to believe the hype that has accompanied him since defeating Canelo. He’s been a world champion for a long time now and although he’s flattered to deceive on some occasions, his win over Canelo showed us that he’s one of the best fighters in the sport. I expect him to overcome a few tough moments from Ramirez, but where does he go next?

I'm thinking he goes straight for Beterbiev. He already holds a win over Canelo, and that rematch might still be there for him at some point down the line, but undisputed against Beterbiev is a fight that whets the appetite. The classic boxer against the oncoming power, with every single belt at light-heavyweight on the line.

The outcome in that one will have a lot at stake, and if Bivol was to defeat Canelo and Beterbiev in the space of 18 months, is there any real argument to have him as the best fighter in the sport? The possibilities in that fight are endless and can be discussed another day, but for now, Bivol must deal with Ramirez before planning what to do in 2023.