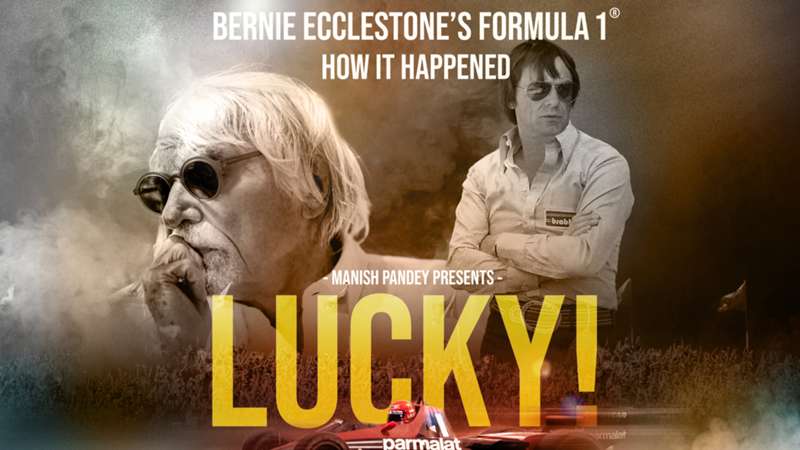 The series is set to debut on the platform in six countries later this year.

The eight-part series explores the story of Formula 1 as told by its founder, Bernie Ecclestone, and will land on DAZN later this year.

Written and directed by Manish Pandey (Senna), Lucky! is the intensely personal story of Bernie Ecclestone as he realizes his vision to create and develop a sport to rival the soccer World Cup and the Olympics.

Now 91 years old, he has remained an enigma, but he was extensively filmed at his homes in Gstaad and Ibiza during the Covid-19 lockdown, revealing his life story and the story of the birth, growth and phenomenal success of Formula 1. Original music for the series will be composed by Antonio Pinto (Senna).

DAZN’s EVP Global Commissioning & Original Content, Grant Best, said: “Sport is full of entrepreneurial characters and their stories that change the game. For over forty years Bernie Ecclestone’s vision transformed F1 into one of the biggest annual sporting events in the world.

"DAZN studios continues to work with exceptional filmmakers and we are delighted to be working with Manish Pandey who is bringing this incredible story to our sports fans in some of our biggest markets.”

Pandey added: “Lucky! is a series I have been writing and researching all my life. It's a once in a lifetime opportunity to work with Bernie and tell the story of an enigma and unrivalled businessman who created a sports franchise single-handedly, something that will probably never be done again.

"In his 70 years in the sport, he dealt with public figures from Mandela to Blair, and with drivers from Fangio, to Senna, to Hamilton. Our key broadcast partners DAZN, Discovery, ESPN and NENT have been incredibly supportive and I look forward working with each of them to make the series a success in their individual markets."

The series has been acquired through DAZN’s specialist content development arm, DAZN Studios, which launched earlier this year to enhance the company’s ability to create development deals, sell and license its original sport documentaries, series, and films, and explore new production opportunities.

Other productions on DAZN Studios’the 2022 slate include; feature-length documentaries Green Lions, exploring the inspiring untold story of Cameroon’s 1990 FIFA World Cup heroes, Maradona: The Fall, an explosive look behind the scenes of one of the biggest controversies in World Cup history, and The PhenomenonRonnie, the ultimate redemption story of Brazilian football icon, Ronaldo Nazario de Lima.