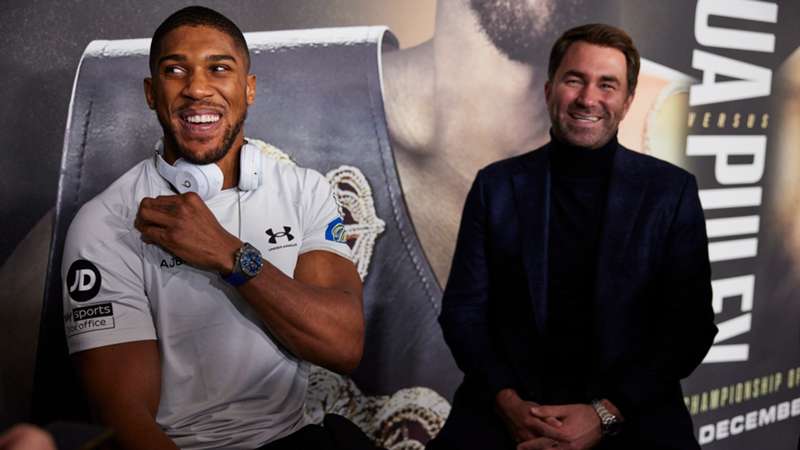 Speaking to Ak and Barak on The DAZN Boxing Show, Hearn mentioned the end of October will be when the two camps discuss the second fight between Joshua and Usyk.

"I've got a meeting scheduled to take place with with Alex Krassyuk end of October once everything's settled down."

When it comes to a potential date, Hearn believes the rematch will take place in the Spring of 2022.

"I think March or April is likely." Hearn stated.

"Usyk had a terrible cut, I'm sure they'll probably get a holiday in as well. So they're probably not going to do too much until December, and then and then we'll start planning."

When asked about whether Joshua has any plans to face the likes of Tyson Fury and Deontay Wilder in the near future, Hearn admitted Joshua does want to face the two accomplished heavyweights, but right now the 2012 Olympic gold medalist is solely focused on getting revenge against Usyk.

"I think AJ will definitely fight Fury, Wilder, [Dillian]Whyte and Usyk because he's consistently fought the top guys and he will continue to do so. But I think in his mind the only thing he's really thinking about is Usyk."

Watch a recap of Usyk's win against Joshua below.