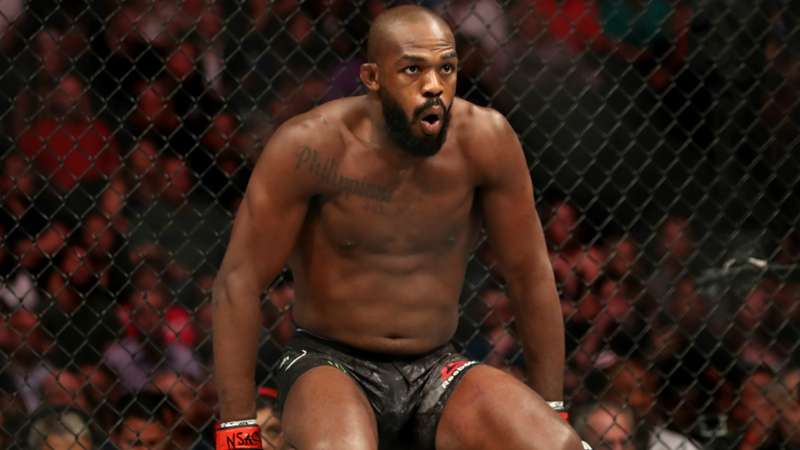 A "hurt" and disappointed Jon Jones explained why he's willing to stay on the sidelines if the UFC is not going to pay him more to move up in weight to face Francis Ngannou.

UFC light heavyweight champion Jon Jones has been teasing a move to heavyweight for several years. The potential move was taken with a grain of salt by fight fans until recently, when a war of words with heavyweight slugger Francis Ngannou turned into a challenge.

MMA fans were on the edge of their seat with the possibility of the greatest mixed martial artist of all time taking on the most feared puncher in the heavyweight division.

And then it seemingly went up in smoke when Jones took to Twitter to say that the financial terms for the fight weren’t to his liking.

Before even discussing numbers, the UFC was unwilling to pay more for the Francis super fight / for me to move to heavyweight. Said I could possibly earn more in pay-per-view buys.

Jones discussed his position with "The MMA Road Show" with John Morgan and explained just how disappointed and “hurt” he was that the UFC wouldn’t pony up to make a superfight happen.

"Honestly, I'm just in a spot where I'm shocked," Jones said. "I feel like the UFC have told me and my management team for years that if I ever wanted to reach a certain level in the sport and really get to a certain level of pay, that I had to take the really big fights, and I had to kind of step out of my comfort zone and be willing to take those megafights — and specifically, the heavyweight division.”

Jones has dominated the light heavyweight division for nearly a decade and is widely recognized as the No. 1 pound-for-pound fighter in the world. If it weren’t for his outside-the-Octagon transgressions, he would likely be the longest-reigning champion in the history of the sport.

But with the division conquered, fans are looking to see Jones take on challenges with a more significant risk factor. And no risk is higher than the one that Ngannou and his life-altering punching power bring to the table. The 32-year-old believes he should be properly compensated for taking that risk.

"The UFC clearly told me that they would redo my contract the day I went heavyweight, and it would be a different deal, so I've always held that in my back pocket,” Jones said. “My goal is to fight at light heavyweight for a long time until I got to a place that I've got nothing else to prove, and then retire as a heavyweight with some real big fights — risk putting it all on the line against these guys that could cause some serious damage.

“Thursday, I found out that that's just simply not happening, and it's upsetting. I feel like someone's put a little bit of a limit on my ceiling."

Jones said that negotiations for a fight were met with a flat denial before they even started.

To date, Jones’ highest disclosed purse is $500,000 for each of his past seven fights. By comparison, Jones’ maximum purse falls well short of the highest purses in the history of the UFC. Ronda Rousey and Conor McGregor have each had a $3 million purse (against Amanda Nunes and Khabib Nurmagomedov, respectively) while Brock Lesnar raked in $2.5 million for his UFC 200 fight with Mark Hunt. Nurmagomedov made $2 million for his fight with McGregor, and Stipe Miocic earned $1.3 million for his UFC 226 bout with Daniel Cormier. Even Alistair Overeem, who has never been a UFC champion, raked in $850,000 for his knockout loss to Ngannou at UFC 218.

It can be argued that Jones is a better performer than all of the aforementioned and is right to feel slighted by the promotion that touts him as the best mixed martial artist in the world.

"You're willing to pay other fighters tens of millions of dollars to fight, but you're not going to give me $1 extra to put my life on the line against Francis Ngannou?" Jones said. "You're asking me to take the single riskiest fight in the UFC, period, and you don't want to pay me more for that? That's probably one of the riskiest fights in the history of the sport as far as what he has with his skillset and our size difference."

Jones has affirmed that he’s still very much interested in the fight but hopes the UFC will reconsider its stance. If they don’t, he’s willing to play hardball.

"If this is how the UFC feels about me and that I'm really worth, and they don't want to give me a piece of the pie in any way, then I don't want to have to live by their schedule," Jones said. "I feel like I don't have to answer to them if this is how they're going to treat me. I'm totally fine with them vacating the belt, letting someone else fight for the belt, and I'll come around I guess when I'm ready to, and I'll see if they're willing to pay for a really big fight. But as of right now, to fight Jan Blachowicz, what do I have to gain there? To fight Dominick Reyes? Any one of them, I don't have much to gain in these situations.”