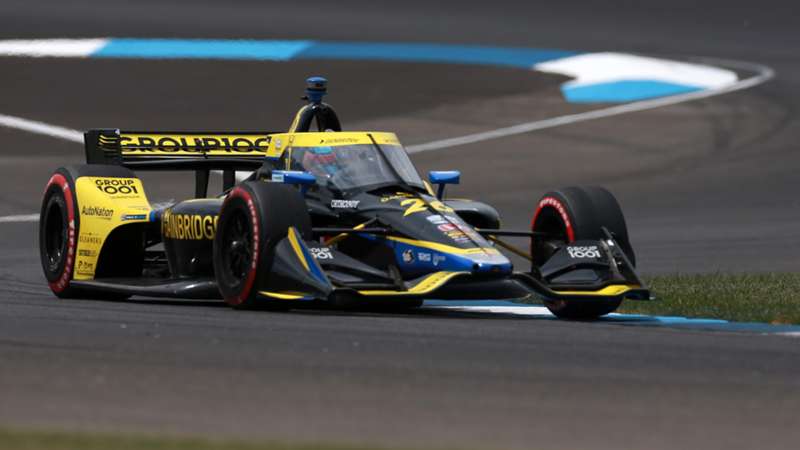 The 21-year-old took the checkered flag in the penultimate race of the season.

Colton Herta started Sunday's Firestone Grand Prix of Monterey in the No. 1 position. He ended the race in the same spot.

The 21-year-old put forth a dominant performance in leading nearly flag-to-flag to grab the victory, finishing 1.9747 seconds ahead of runner-up Alex Palou. Romain Grosjean finished in third after a late-race charge that boosted him onto the podium after he started the race in 13th.

Herta's victory on Sunday mirrored that of the last time the race took place at Laguna Seca, where he also led from pole position.

"I have no clue (what it is about Laguna Seca). I enjoyed racing here so much," Herta said, as quoted by the IndyStar. "I'm just so happy to have done it. It's my favorite track in North America. I love it so much."

Meanwhile, Palou's second-place finish added to his lead in the IndyCar Series. The Spaniard now sits 35 points ahead of Pato O’Ward with just next week's Acura Grand Prix of Long Beach remaining on the season schedule.

"We didn't have enough for the win, but we did as much as we could," Palou said. "It was Herta and Andretti's day today, and I'm happy with P2."

Can I watch IndyCar on DAZN?