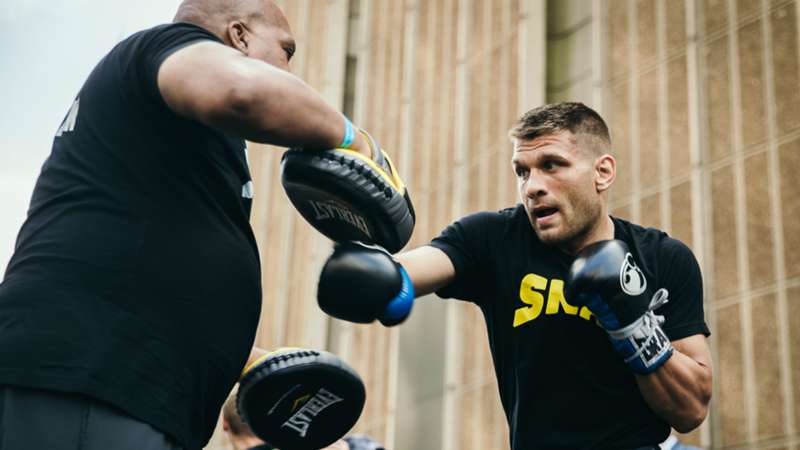 Will the third time be the charm in a world championship setting for Sergiy Derevyanchenko against Jermall Charlo, following close defeats to Daniel Jacobs and Gennadiy Golovkin?

Sergiy Derevyanchenko (13-2, 10 KOs) has vowed to learn from his pair of narrow professional defeats when he challenges Jermall Charlo (30-0, 22 KOs) for the WBC middleweight title on Saturday.

The 34-year-old Ukrainian has come up short on the two other occasions he went up against a reigning world champion, dropping a split decision to Daniel Jacobs in October 2018 and then losing on all three scorecards against Gennadiy Golovkin at Madison Square Garden 12 months later.

On both occasions, there were onlookers who felt "The Technician" got a raw deal from the judges. However, when he fights the unbeaten Charlo at the Mohegan Sun Arena, Uncasville, Conn., Derevyanchenko plans on leaving less room for doubt in the eyes of the ringside scorers.

“Jermall Charlo is a tough fight and wonderful fight,” Derevyanchenko said in an Instagram Live session with Premier Boxing Champions.

“Yeah, I’m ready for this fight. I want to put more pressure and be more aggressive, and every round is easy. This is a good opportunity to take a belt. I’m so proud to be in this show.”

Charlo, 30, will be as tough a mountain for Derevyanchenko to climb as Jacobs and "Triple G" were, but he is confident that the third time will be a charm and a world championship belt will be around his waist on Saturday.

“It was a close fight [both times],” Derevyanchenko said of his defeats to Golovkin and Jacobs.

“I see the mistakes I made against Golovkin and Jacobs. Jacobs has a good punch, and Golovkin has a good punch. And I think I need more pressure and more push. I have sparring partners that are similar to Charlo.

“Every fighter has power and a good punch. I’m ready. Let’s see on the 26th, let’s do a good fight, and we’ll see who is better. ... Every fight I want to [put on a] show when people watch my fights.”

“I’m ready. Let’s see on the 26th, let’s do a good fight, and we’ll see who is better. I want to show good boxing for those who see this fight. I want to give the best boxing show and fight of my life."

Although the challenger was reluctant to predict his exact means of victory at the weekend, he has stepped into the 12th and final round in four of the five 12-rounders in his professional career so far, while the champion has gone the distance in two of his last three, so a long battle could be on the cards.

“I don’t like to give predictions, but I know it’s a good fight and tough fight," continued Derevyanchenko.

"My career is very long, and I have a good experience. I think it helps me in this fight. This is part of my job. Yes, I want to hear, ‘and the new champion of the world.'”