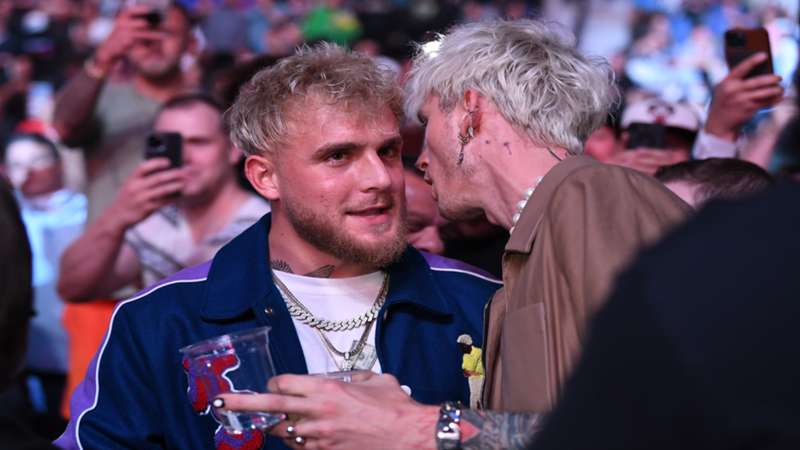 Jake Paul has choice words for the UFC president.

During his media session following UFC 261, UFC president Dana White was asked about Jake Paul being at the event and if there would be any interest in bringing him over to the UFC. White gave him a backhanded compliment before ripping into him and Triller Fight Club, the promotion Paul fought under when he knocked out former UFC star Ben Askren eight days ago.

It didn't take long for the social media star-turned-boxer to hear White's comments.

Paul took to Twitter on Sunday afternoon and fired back at White. He ripped White over fighter pay in the UFC, which is typically lower than what top boxers make, and how they should get a lot more money than what their salary actually is.

Paul continued and said if White truly wants to make fights involving the best vs. the best, then make Francis Ngannou vs. Jon Jones for the heavyweight championship. Jones and White reignited their feud this week as the latter claimed the former asked for $30 million to face Ngannou. Jones vehemently denied he asked for that much money.

He said: “Dana you claimed you would bet $1M on me losing. Set up Askren to train with Freddie Roach…game him full access to UFCPI…and he still got his ass handed to him. Seems like you are the real douche…not Ariel [Helwani].

In my 3rd fight I made more more in total pay than any fighter in UFC history. Maybe it’s time to pay your fighters their fair share? No wonder they all want to get into boxing.

Dana you say you make the fights fans want to see…so hurry up and make Jones vs. N’gannou. Pay them their fair share….$10M purse for each guy, plus PPV. Why are UFC fighters so underpaid vs. Boxers? Why did I make more in my 3rd fight than all but two (Khabib [Nurmagomedov] & Conor [McGregor]) UFC fighters have in history? I know why…”

Paul, who made $690,000 plus a percentage of the pay-per-view, caused a commotion when he entered the VyStar Veterans Memorial Arena in Jacksonville, Fla. to attend UFC 261. The crowd let him know right away they didn't want him there as he was showered with boos throughout the Randy Brown vs. Alex Oliveira and Anthony Smith-Jimmy Crute fights.

In between those contests, UFC analyst Daniel Cormier got into an altercation with Paul over comments made by the former this past week. Security intervened before it got physical and Cormier was whisked back to the commentating booth as he was part of the UFC 261 broadcast.