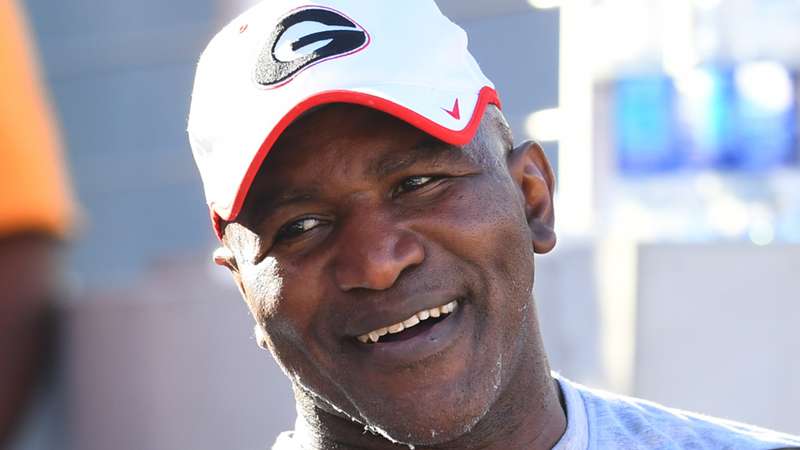 It's not the Mike Tyson trilogy everybody wanted, but Evander Holyfield is coming back to the ring.

It looks as though Evander 'The Real Deal' Holyfield is indeed returning to the boxing ring to partake in the legends exhibitions that are currently all the rage. However, it won't be for a third clash with old foe Mike Tyson. At least, not for now.

DAZN's very own Chris Mannix reported on Sunday that Holyfield will compete against Kevin McBride on June 5, as the co-main event to Teofimo Lopez Jr.'s defence of his unified lightweight crown against mandatory challenger George Kambosos Jr.

The event takes place on streaming service Triller, who made a huge purse bid of over $6 million to land Lopez's first defence since dethroning Vasiliy Lomachenko and announcing himself as one of the sport's next big things.

Per Mannix, Holyfield vs. McBride will be an eight-round exhibition, consisting of two-minute rounds with no headgear being worn.

Holyfield, 58, hasn't competed in 10 years, though in remaining active until close to his 50th birthday he certainly has experience of making ring fitness and competing beyond a boxer's typical prime years.

McBride, 47, is the man who ended Tyson's professional career with a knockout win over an over-the-hill former undisputed champion in 2005. Like Holyfield, he last competed properly in 2011, when he was stopped by Mariusz Wach, last seen losing comfortably on points to Hughie Fury on the Anthony Joshua vs. Kubrat Pulev card in December.

Holyfield and Tyson were linked with a showdown for months, but after on-off progress in negotiations that appears to be on the back-burner for now. Tyson is expected to compete in another exhibition soon, and then after the irony of Holyfield meeting 'Iron' Mike's conqueror, perhaps it will be revisited.

Holyfield won both their encounters for the heavyweight championship in the 1990s, with the first carrying some complaints of repeated headbutts by the eventual winner. That led to an infamous rematch where a fed-up Tyson reacted to the head clashes by biting a lump out of his adversary's ear.