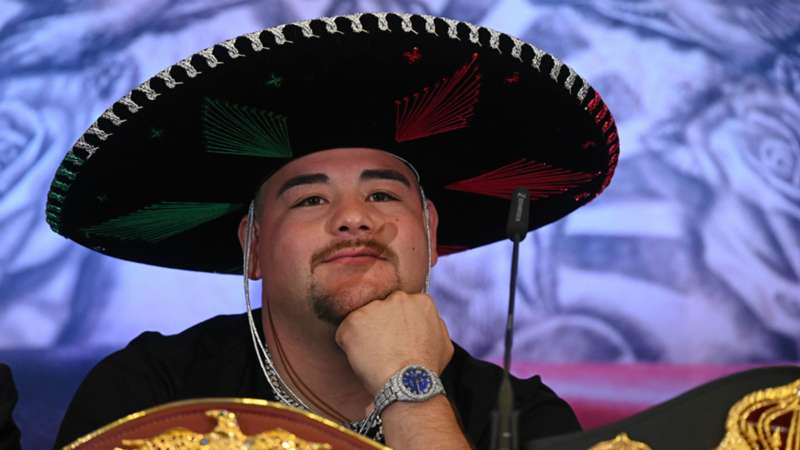 Ruiz says he wants to be "a little bit lighter, a little faster" for his rematch with Joshua.

You may not recognize Andy Ruiz Jr. when he steps into the ring against Anthony Joshua on Dec. 7 in Saudi Arabia.

Ruiz said Saturday he hopes to be eight pounds lighter for the rematch of his stunning June win.

"The point wasn't to drop a lot of weight," Ruiz said on DAZN during the lead-up to the Canelo Alvarez vs. Andrey Kovalev bout. "The main thing was just to stay in the gym, stay active, eat right ... so I still feel strong, I still feel fast."

The 30-year-old already looks slimmer than he did June 7, when he became unified world heavyweight champion by TKO.

Ruiz said he expects Joshua to "box [him] around."

"I wanted to be a little lighter, a little faster throwing combinations," Ruiz said. "I don't think he's going to — how can I say this — go head-to-head to me. If he does that, even better. But we've been working on different styles."

Their first fight lasted into the seventh round before the referee stopped the fight following Ruiz's fourth knockdown of Joshua.

Both boxers' game plans could be significantly different for the rematch, though, Ruiz said.

And despite his increased prominence in the boxing world as a result of his win, Ruiz said he hasn't lost his fire.

"I still [have] a lot more to prove. A lot of people are saying that it was just a lucky shot, but no way, man," Ruiz said. "I've been working so hard for this opportunity."