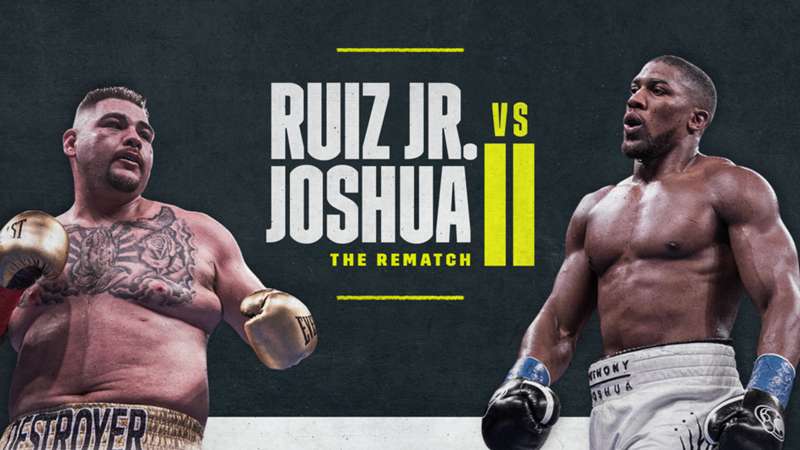 The rematch will be on neutral ground, where Joshua will try to take back his belts from Ruiz.

After plenty of back-and-forth chatter about where the highly anticipated Andy Ruiz Jr.-Anthony Joshua rematch would take place, there’s finally a confirmation — and it’s a neutral location.

On Friday, Matchroom Boxing announced that Ruiz will be defending his unified WBO/IBF/WBA (Super) heavyweight titles against Joshua at Diriyah, Saudi Arabia on Dec. 7.

The announcement comes after Joshua told Sky Sports earlier in the week that “I'd fight in Tijuana and Ruiz's uncle could be the referee and I would still whoop him” — to which Ruiz fired back on Twitter, “AJ says he can ‘whoop’ me in Tijuana. Prove it. Let’s run it in Mexico.”

AJ says he can “whoop” me in Tijuana prove it let’s run it in Mexico. Remember that you did have a huge reason to come to America and that was to build your profile. #Ruiz🤖2 #cherrypickgonewrong https://t.co/5ac3wD3O3f

Since then, Joshua (22-1, 21 KOs) has vowed to redeem himself in the rematch by becoming a two-time unified world heavyweight champion, and now he’ll have his chance to do just that in December.

Joshua recently said that his mental focus wasn’t where it should have been in June, but that he should beat Ruiz nine out of 10 times and is ready to “unleash the beast.”

Meanwhile, Ruiz (33-1, 22 KOs) will be looking to prove to the world that his victory was anything but a fluke, and that he’s indeed the superior boxer over Joshua.

In June, Ruiz said, "I know his flaws. I can do a lot better. The only thing that he can do is just run around; he's not good at boxing."