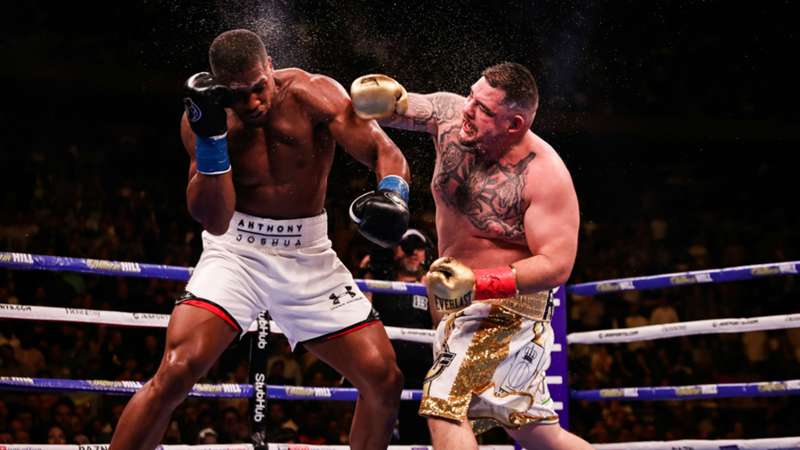 Any thoughts of Anthony Joshua facing Deontay Wilder or Tyson Fury will have to be put on hold thanks to Andy Ruiz Jr.'s shocking upset of the British boxer Saturday night at Madison Square Garden in New York and before a global audience on DAZN.

Fresh off Ruiz's monumental seventh-round TKO of Joshua to become the new unified heavyweight champion of the world, Wilder and Fury didn't hesitate to chime in with their thoughts.

He wasn’t a true champion. His whole career was consisted of lies, contradictions and gifts.
Facts and now we know who was running from who!!!!#TilThisDay

Fury, on the other hand, offered Joshua words of encouragement following his shocking loss.

We have our back and Forth’s but @anthonyfjoshua changed his stars through life. heavyweight boxing, these things happen, rest up, recover, regroup and come again 👊🏼

After Wilder and Fury battled to a draw in December, both fighters asserted that they were the best heavyweights over Joshua. Saturday night's shocking result seems to give those thoughts credence, at least for now.

Of course, Wilder and Fury were just a few from the boxing community and beyond to weigh in on the massive upset.