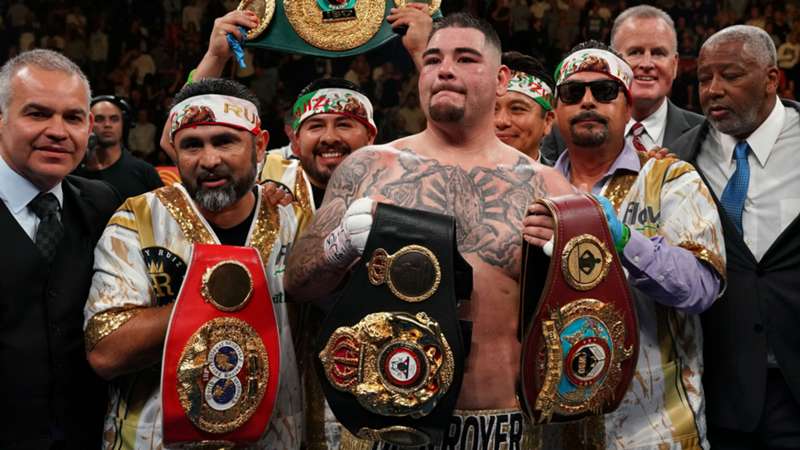 The trash talk between Anthony Joshua and Andy Ruiz Jr. is heating up ahead of a potential rematch.

Joshua recently told Sky Sports' Richard Damerell he prefers to fight Ruiz at Principality Stadium in Cardiff, Wales, but he understands that may not happen because "Ruiz is the champ." The 29-year-old is focused on winning back his title belts after suffering a shocking defeat at the hands of Ruiz in June. Joshua expressed confidence he will emerge victorious regardless of the venue.

"I'd fight in Tijuana and Ruiz's uncle could be the referee and I would still whoop him," Joshua said. "It don't matter to me where it is, there's that aspect, but then there's the other aspect of the British fans that have been riding with me from Day 1 want to see me get them belts back.

"Walking out in Cardiff in front of 70, 80, 90,000 people screaming and rooting for you to win, that type of energy that goes through your body is unstoppable, and I think that could give me that little bit of edge I need to win those belts."

Ruiz heard those comments and offered a sharp response on Twitter, telling Joshua, "let's run it in Mexico."

AJ says he can “whoop” me in Tijuana prove it let’s run it in Mexico. Remember that you did have a huge reason to come to America and that was to build your profile. #Ruiz🤖2 #cherrypickgonewrong https://t.co/5ac3wD3O3f

The expectation is that a match will take place before the end of the year, but the details have yet to be finalized. Joshua promoter Eddie Hearn recently said, "I just have to wait for some paperwork to be tied up and then we'll make an announcement."