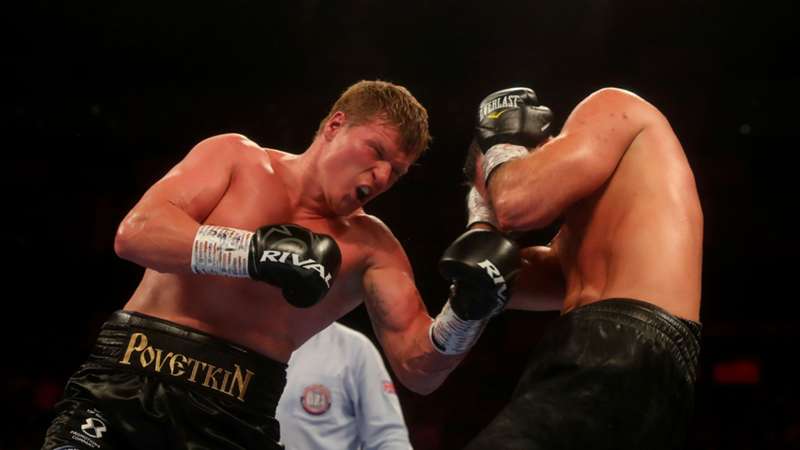 That's just one of three intriguing fights announced as the undercard on Dec. 7 in Diriyah, Saudi Arabia.

All eyes will be on the Andy Ruiz Jr. vs. Anthony Joshua unified world heavyweight championship rematch on Dec. 7, but other heavyweight bouts hold intrigue that night as well.

The 40-year-old Povetkin (35-2, 24 KOs) scored a unanimous decision over Hughie Fury in August to bounce back from the seventh-round TKO loss he suffered at the hands of Joshua last September.

"Before the fight with Hughie Fury, I hadn’t entered the ring for almost a year, recovering from an elbow surgery, so I’m very glad that I can have another fight this year,” Povetkin said in a press release statement. “Hunter is a strong, highly ranked boxer. I think it will be a good and interesting fight. I’m not going to make any plans for the next year. First I have to go through this fight against Hunter, but I would definitely like to box for the world title.”

Meanwhile Hunter, 31, is coming off a unanimous decision over Sergey Kuzmin in September and is 6-0 since moving up to heavyweight from the cruiserweight division. Still, Povetkin figures to be his sternest test yet.

“This is a very exciting opportunity for me, and I have got to prove myself once again,” said Hunter (18-1, 12 KOs) in a press release statement. “Whether you’re the underdog or the favorite, it’s all the same because I feel like I am the best fighter out there. I look at this fight with Povetkin as my ‘gold medal’ fight. I was in the Olympics and so was he. He won the gold medal and I didn’t, so this is basically my gold medal fight right here.”

“Three great fights for what is the boxing event of the year!” Matchroom Boxing USA president Eddie Hearn said. “The world will stop on December 7 to watch Ruiz vs. Joshua 2 and now they have more mouth-watering action to whet the appetite.”