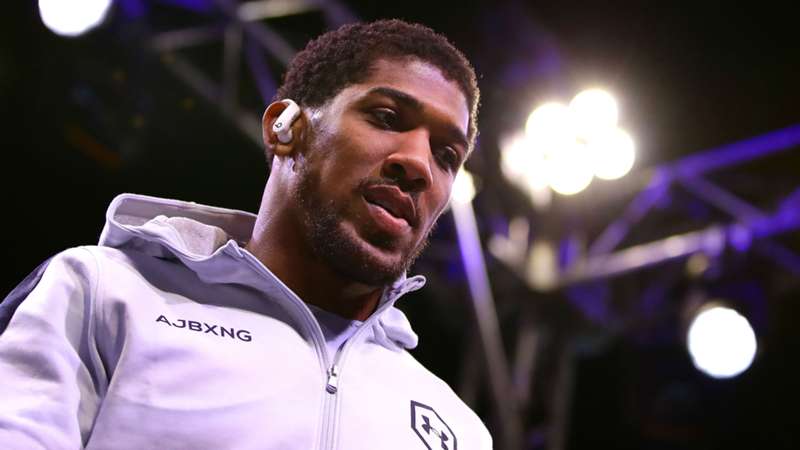 Andy Ruiz Jr. and Anthony Joshua haven't even had their rematch yet, but AJ already has reason to believe that the two will have a trilogy fight down the road.

"He's been on my mind five weeks prior to June 1 because that's when he came in as a replacement and he's gonna be on my mind forever because of all these boys we're all going to fight anyway," Joshua told Sky Sports about how the two will always be tied together in boxing history. "Me and Andy Ruiz, if he's dedicated to the game, we'll definitely see each other a third time down the line as well. This ain't gonna be the last time I see Andy Ruiz in the ring."

When asked if he would feel that way even if he gets the win Saturday night at the Diriyah Arena in Saudi Arabia to become a two-time unified world heavyweight champion, Joshua nodded his head yes.

"Yeah, because I think we make for good fights," Joshua said. "I think there's definitely going to be a knockout in that fight as well. I think that's what the people want to see is bloodshed and knockouts, so I think we'll definitely see each other a third time."

That could be digested as Joshua having the utmost confidence that he'll win Saturday night because the chances of a trilogy likely would be eviscerated if he'd lose to Ruiz for the second straight time.

Not only does Joshua believe that he's going to win, but he can feel his victory coming by the way of knockout without a chance of the rematch going the distance.

"If God calls it, that's what's going to happen," he added, referring to a knockout win. "I feel it in my heart, I'm confident and I believe in myself, so, yeah, I'm going to be victorious."