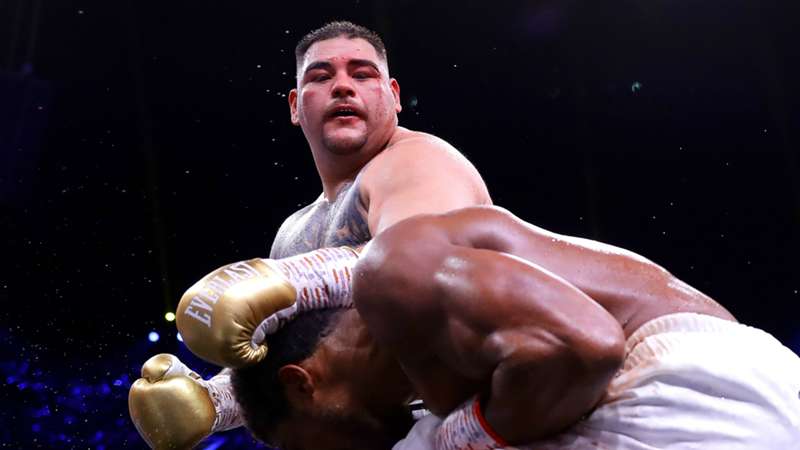 Anthony Joshua has said that he wishes he could go back in time to knock out Andy Ruiz Jr after the Mexican beat him for his titles in 2019.

Anthony Joshua has said that he wishes he could go back in time to knock out Andy Ruiz Jr.

The Mexican beat Joshua in June 2019 to take all four of his IBF, IBO, WBA and WBO belts, before the Briton won the December rematch in Saudi Arabia.

In his next fight, he will face Bulgarian Kubrat Pulev in an IBF mandatory defense on Saturday, December 12.

Speaking to the BBC, Joshua said he wished he could put the doubts coming from his sole professional defeat to bed by knocking out Ruiz.

This is the story of how he bounced back from defeat to Andy Ruiz to reclaim his throne #JoshuaPulev pic.twitter.com/UNWwR7lDDu

He said: “I got straight back into training and I went back to learning.

“It wasn’t training to get fit, it was more the mistakes I knew I was making, the mistakes my training team have identified and I went straight into the learning phase again.

“I learned about the mental aspect as well of the game, so I got tough and unfortunately it led to a performance where I had to stick and move.

“Because I didn’t want to be labeled a ‘quitter’ or a ‘loser’ or someone that’s not meant to be part of the heavyweight dynasty that we’re in now.

“Yeah, I felt that pressure, but looking back, I’d love to go back and fight Ruiz again, because rematch or no rematch, I’ll knock him out.”

The 31-year-old fighter explained that he believed he had improved since the bout, saying: “I’ve become tougher, more relentless over the last year.

“And that fight – going back on Saturday with [Daniel] Dubois and [Joe] Joyce – showed me how relentless and how tough you have to be in this business.”