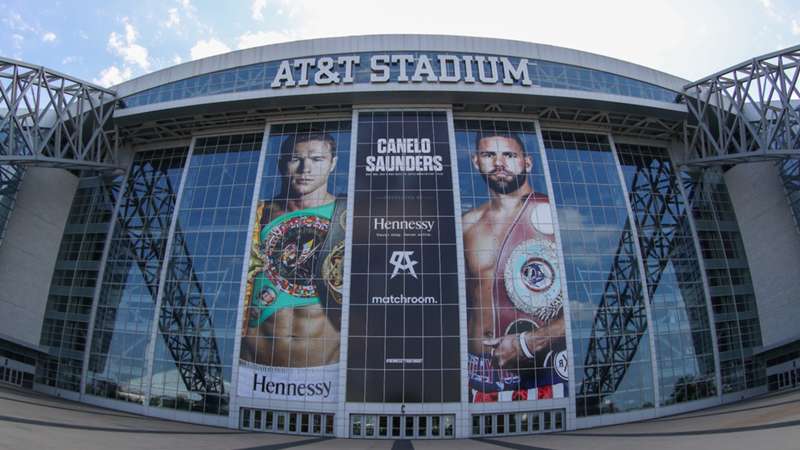 Matchroom
Watch Canelo vs Saunders on DAZN (except Mexico)

Who will leave Arlington, Texas with three alphabet belts plus The Ring's lineal title?

The super-middleweight superfight between WBA, WBC and The Ring champion Saul 'Canelo' Alvarez and WBO titleholder Billy Joe Saunders is almost upon us, and the time for talk is over. Well, almost.

Ahead of the big bout, airing live on DAZN worldwide except Mexico, DAZN's in-house writers gave their thoughts on how the intriguing match-up will go.

Can Canelo prove he is simply unstoppable at this stage of his career? Or does Saunders truly have the right combination to crack the code?

Here's what we had to say.

Alvarez (55-1-2, 37 KOs) has faced them all: Floyd Mayweather Jr., Gennadiy Golovkin (twice), Miguel Cotto, and Kovalev. But the one thing he's had problems with in the past is taking on southpaws. He struggled against Erislandy Lara and Austin Trout but still found a way to get past them.

Saunders' southpaw technical boxing ability might be good enough to bank a few rounds, but it won't be able to contain or stifle Canelo's ferocity at all. Saunders evoking ringside judges not giving him a fair shot in Texas and subsequently criticizing the size of the ring are not going to play out as the mind games that the WBO super middleweight champion had hoped for.

If anything, they've irked Canelo and will fuel him to produce a vicious beating Saturday night. The unified super middleweight world champ and face of boxing said it himself — that he's looking to make a statement out of Saunders at AT&T Stadium in Arlington. That's bad news for the British boxer. I see Canelo pounding Saunders' body, especially with that left hook, and even dropping him. Plus, he'll frustrate Saunders even more with his movement, which is crisp and has steadily improved.

Saunders will go the distance and won't have any controversy to conjure after all judges score it in Canelo's favor courtesy of the beating he delivers.

There's a prevailing belief within the boxing industry that Saunders' only path to victory on Saturday is one that will be completely ignored by the ringside judges in Texas regardless. It's a frustrating aspect of the sport which happens in the UK as much as it does anywhere else, but in this bout Canelo is the 'home team', so to speak, and Billy Joe is the 'away team' of sorts.

Regardless, I covered Saunders' fight against John Ryder at London's Copper Box back in 2013. It was a mouthwatering domestic clash between two top prospects at the time, but for myself and others Ryder had the right combination of aggression plus shrewd counter-punching of his own to do enough for the win.

Billy Joe Saunders looks to have been in decent shape for some time since the fight was announced, and perhaps that will flush out more of his heavy living than his usual preparation. If he is to stand a chance against Canelo, then he will almost certainly have to be the finest vintage of Saunders as a boxer he has ever been.

The mind games over the ring size and the determination to avoid the press suggest that he has decided to be as deliberately awkward a possible, to do anything he can to make sure that Canelo has to focus on the extraneous gubbin that comes with promoting a high level fight. While the cash on offer makes it impossible for Saunders to walk away, it is already such a life-changing amount that he does not need to put the extra effort in to shift PPV views.

Saunders, unlike Canelo, is undefeated, but as impressive as his career has been to this point, he has never had to face a talent like Floyd Mayweather. Canelo has already had his biggest test - this is Saunders’. While Alvarez has had the best part of a decade to improve since then, Saunders and his camp potentially don’t know how far they can stretch to reach his level and really stand a chance of winning. Perhaps these sideshow complaints are little more than an admission that he can't win the fight solely on what goes down in the ring.

It would take a risk to predict anything other than a Canelo win, such is his pedigree and consistent excellence, and determination to become undisputed champion in the division while barely drawing breath. Saunders has not shown enough in his career to give himself anything but a true underdog’s chance.

Canelo Alvarez’ stunning run of form won’t be derailed by Billy Joe Saunders. The talented Brit does many things well but Canelo does them better, and at a higher level. Saunders might nick a few rounds early on but by halfway it will be all Canelo who will take a comfortable decision on the scorecards.

The Mexican superstar is rightly known as the best boxer in the world today, and his progression to become an undisputed champion will not be halted by Saunders. That's not to say that the 31-year-old Brit won't pose a threat, but for all of Saunders' experience and triumphs he's bever come up against a challenge like this.

To be stepping onto what is essentially Canelo's home turf and trying to challenge a legend in the making takes guts, and Saunders has shown he's got it in spades. Unfortunately for Saunders, guts won't be enough as Canelo is too big a step up in class compared to what he's used to facing. Add in a very partisan (and massive) crowd, and it's all too much for the former Olympian to handle.