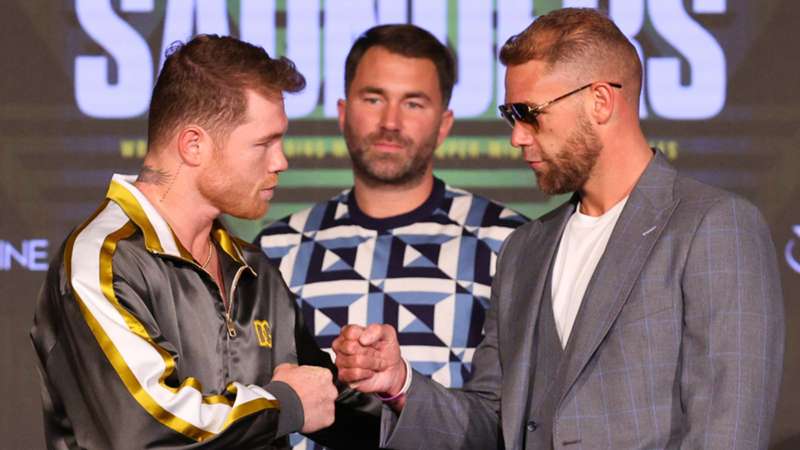 Canelo vs. Saunders is the fight that the whole world is talking about. This week, DAZN has picked the brains of some of boxing's biggest names to get their opinion on who wins.

"I think it'll close for the first half as Billy Joe Saunders uses his legs. That tactic will slow him down as the fight goes longer and I think you'll see Canelo take over in the later rounds before he probably wins on points."

"Canelo wins. No one is beating Canelo in Dallas."

"It's a good fight but it's fight that I like Canelo in."

"This is the hardest task in all of boxing right now. Saunders has the perfect style but can he get Canelo's respect? If he can then he can win. If he can't then it's going to be too much."

"I go back to my amateur days with Billy Joe and would absolutely love to see him do it. Being honest though, I think it's too hard of a fight and he might just fall short."

"Canelo in round number eight is what I'm saying. I believe he's a special fighter who punches too hard for Billy Joe Saunders."

"It's Canelo on points. Billy Joe will have some success early on but Canelo will find the answers and pull away in the second half of the fight. He's too experienced at elite level."

"I think Saunders will make this fight competitive because of his boxing ability. We've seen Canelo struggle against fighters that move laterally like Mayweather and Lara but he's a different fighter now, so I'm excited to see how he performs. Canelo is at the top of his game and he should look fantastic."

"I think Canelo is going to win because he's an elite fighter and I think his skill is at a higher level than Saunders. I think this fight will go the distance but Canelo will dominate."

“Canelo versus Saunders it’s going to be a very interesting fight. Saunders will have the opportunity to constantly throw Canelo off with an offbeat rhythm, getting off his shots, and pushing the fight to the score cards. With that being said, I still don’t believe that he will be able to do it successfully. Canelo will time him and eventually land a devastating blow. If I had to make a specific prediction to the fight it would be Canelo Alvarez by knockout in the eighth round or Canelo Alvarez winning by majority decision because of knock downs in the later rounds."