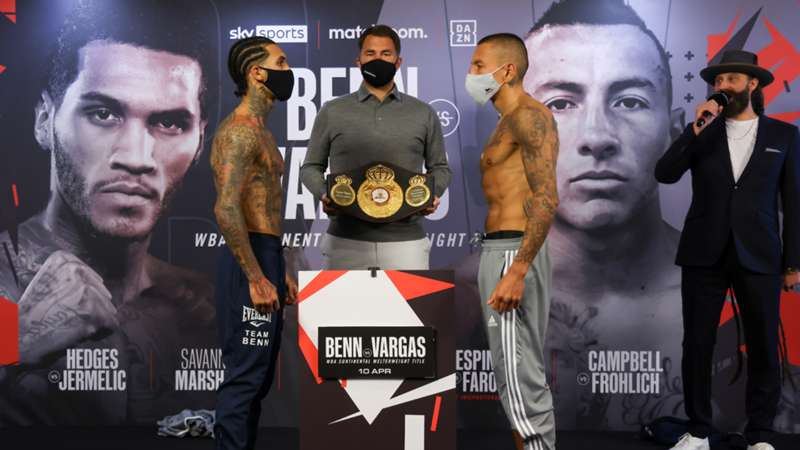 We have ourselves a main event at The Copper Box.

Conor Benn and Samuel Vargas both comfortably made the welterweight limit for their headline bout on Matchroom Boxing's card this Saturday, airing live on Sky Sports in the UK and Ireland and on DAZN everywhere else except Australia, New Zealand and China.

Benn will need to put forth a strong performance and defeat Canadian-Colombian Vargas if he is to prove he is ready for one of fellow Brits and former world champions Kell Brook or Amir Khan next.

Another women's world title fight takes place on the show, with Shannon Courtenay weighing 117.8lbs and Ebanie Bridges at 117 bang on as they prepare to battle for the vacant WBA bantamweight crown. Their staredown was intense, with recent words exchanged in interviews and over social media elevating this one into grudge match territory.