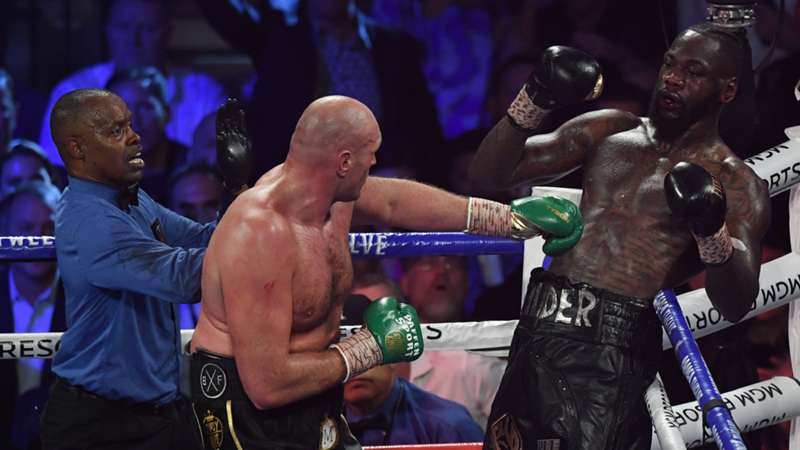 One trainer thought "The Bronze Bomber" still had a puncher's chance in the fight.

Tyson Fury was unloading a barrage of punches during the seventh round when referee Kenny Bayless recognized the request of Deontay Wilder's corner to stop the fight.

There was disagreement in that corner, however, as only one of Wilder's trainers wanted the bout halted.

"Mark (Breland) threw in the towel. I don't think he should've," Wilder's co-trainer Jay Deas said during the postfight press conference following Fury's seventh-round TKO on Saturday night. "Deontay is the kind of guy who's a 'go out on his shield' kind of guy and he will tell you straight up, 'Don't throw the towel in.'

"And then you always got to consider also that Deontay is a fearsome puncher," Deas continued, "so that's always a difficult thing because he does always have that shot to land a big shot and turn things around. That's what happened there."

Wilder himself was disappointed with Breland's decision.

“I just wish that my corner would’ve let me go out on my shield. I’m a warrior. That’s what I do.”

Despite the corner disagreeing, there's no doubt that Fury gave Wilder a thorough beating at the MGM Grand Garden Arena in Las Vegas. The "Gypsy King" used his 273 pounds to lean on Wilder and knocked him down twice before smothering him with punches in that seventh round to get the stoppage and walk away with the WBC heavyweight title in tow.

The fact that Wilder didn't attend the postfight press conference could be another indicator of how bad that beating was. "The Bronze Bomber" was bleeding from his mouth and ear while also sporting a swollen jaw from the defeat. According to reports, Wilder was taken to the hospital after the fight for examination of the ear injury and general observation.