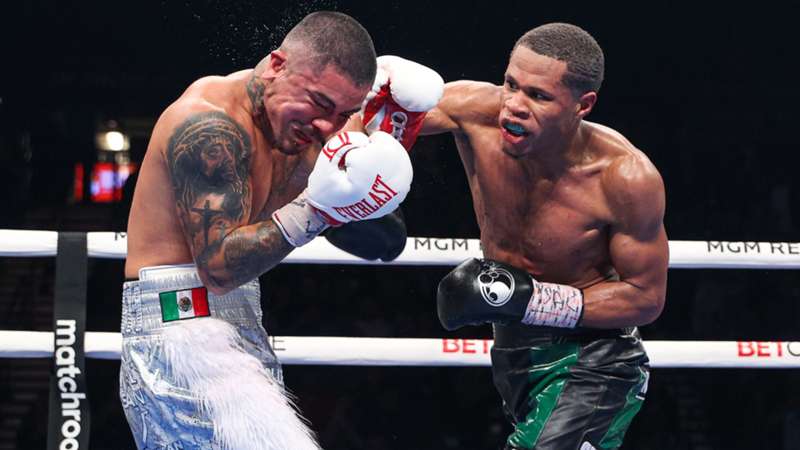 Could we get an undisputed champion at lightweight in 2022?

Devin Haney has agreed to fight George Kambosos next and has urged his lightweight rival to accept the fight. The Australian fighter became an in-demand boxer at the backend of last year when he caused a sensational shock to defeat Teofimo Lopez to become the number one fighter at 135lbs.

With the lightweight division stacked with a number of outstanding contenders, Kambosos has a huge target on his back with several names calling him out. Haney and Vasiliy Lomachenko have been the loudest, and the Las Vegas based WBC champion has called on his fellow beltholder to face him in an attempt to unify the entire division.

“Right now, it's on George and his team to determine what's next,” said Haney when speaking to Chris Mannix on DAZN. "At the end of the day, I agreed to all of their terms, whether it was the travel or the vaccine. So, anything that they throw at me, I'm ready to do it.

“This is a dream of mine to become undisputed champion. They can say what they want, and I price myself out, and did this and that, but that's not the truth. I'm ready to make the people happy and ready to do it next.”