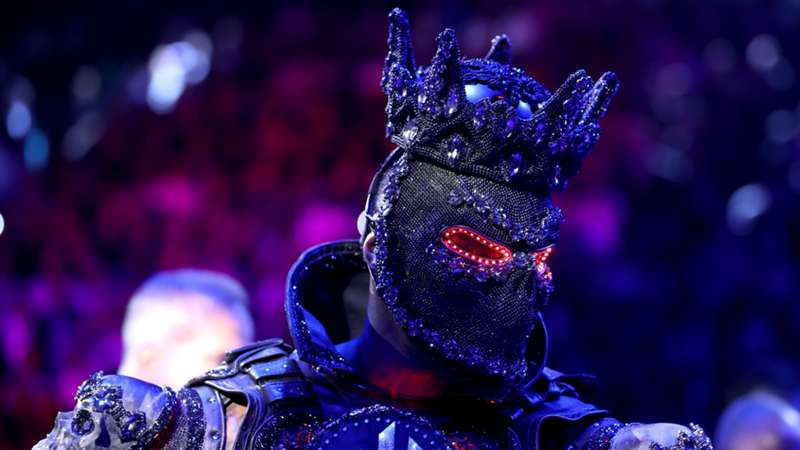 The heavyweight said "whatever crack he's smoking must be real good stuff," before bursting in uncontrollable laughter over how Wilder got beat down.

After getting beat down by Tyson Fury via seventh-round TKO on Saturday night, Deontay Wilder has since blamed the loss on the 40-pound costume he wore to the ring.

Heavyweight Dillian Whyte is one of many who's scoffing at that notion. While speaking with Sky Sports Boxing, Whyte blasted the former WBC world heavyweight champion for his excuse.

"Whatever crack he's smoking must be real good stuff because you're a grown man," Whyte said. "For that kind of outfit, you need at least three, four fittings. You're telling me somewhere in between those three, four fittings, you didn't think 'Oh, this is a bit heavy? It might affect my legs.' He just talks crap.

"It's the same weight as a backpack. I think in the army, the backpack they carry is 60 or 70 kilos (132 or 154 pounds) or something and those guys march with a backpack in the army for days," he continued. "And they're half the size of (Wilder). It just shows you how much rubbish this guy talks. He's so deluded. How can an outfit wear your legs down? That's crazy."

As a parting shot, Whyte burst into uncontrollable laughter while muttering "he got beat up so bad."

Whyte has reason to particularly relish Wilder's loss, considering his status as the WBC mandatory challenger and his feeling that "The Bronze Bomber" had been ducking him for years.

Whyte, in addition to many boxing pundits and fans, jabbed at Wilder blaming his costume for his dead legs and loss to Fury almost immediatley after he said it Monday.

“He [Fury] didn’t hurt me at all, but the simple fact is ... that my uniform was way too heavy for me," Wilder told Yahoo Sports. "I didn’t have no legs from the beginning of the fight. In the third round, my legs were just shot all the way through. But I’m a warrior and people know that I’m a warrior. It could easily be told that I didn’t have legs or anything. A lot of people were telling me, ‘It looked like something was wrong with you.’ Something was, but when you’re in the ring, you have to bluff a lot of things. I tried my best to do so. I knew I didn’t have the legs because of my uniform.

The Bronze Bomber is seeing red before #WilderFury2

“I was only able to put it on [for the first time] the night before, but I didn’t think it was going to be that heavy. It weighed 40, 40-some pounds with the helmet and all the batteries. I wanted my tribute to be great for Black History Month. I wanted it to be good and I guess I put that before anything.”