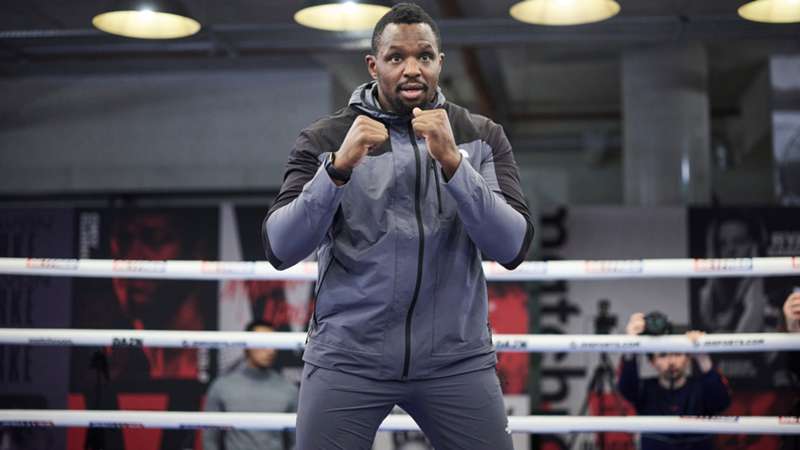 Dillian Whyte is back in action on Saturday.

Dillian Whyte is targeting two fights if he can negotiate the threat posed by Jermaine Franklin this Saturday night, exclusively live on DAZN.

Whyte heads into the fight on the back of a crushing defeat against Tyson Fury earlier this year, but if successful against the unbeaten American this weekend, Whyte wants to revisit that domestic rivalry.

As well as having Fury on his radar, Whyte would also welcome the chance to level the series with Anthony Joshua.

Whyte was stopped by his former amateur rival back in 2015 and he’s been eager for a rematch ever since. Avenging the defeats to both men is high on his list of priorities as he prepares to resume his career.

“I definitely want to become Heavyweight Champion of the World and I’d love to get the opportunity to avenge my two losses,” said Whyte at the pre-fight workout.

“I’ve already avenged one, I’d love to get the opportunity to avenge the other two.”