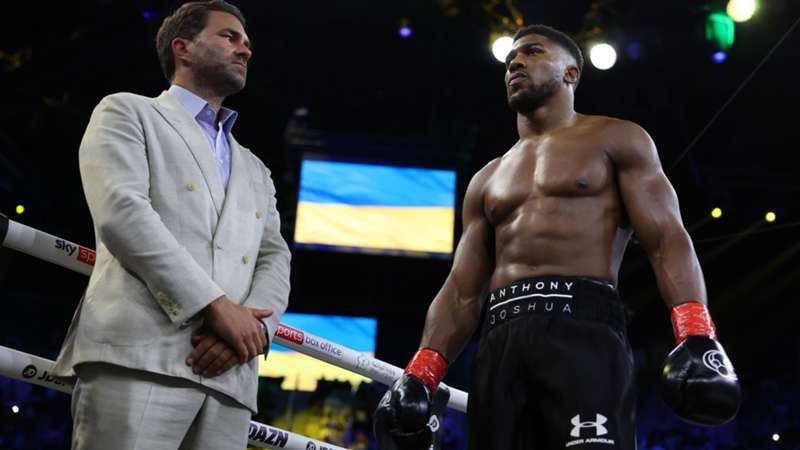 Joshua is expected back in the ring next year.

Eddie Hearn has hinted at a possible fight between Anthony Joshua and Jermaine Franklin that could take place early next year.

The Amercian acquitted himself brilliantly this past weekend when pushing Dillian Whyte all the way before losing on points. Could he be set to return to England in 2023 and face a returning Joshua?

The 2012 Olympic gold medallist is set to make his return to the ring in the first quarter of next year as he looks to get back on the path towards a world title shot.

Joshua’s last two fights have both been points defeats against the brilliant Oleksandr Usyk, and Franklin appears to be one of many possibilities.

“I don’t know. Like, he gave a very good account of himself, gave Dillian Whyte a good fight. You know, but I think [Joshua has] got a number of names that he’s looking at as well. But, you know, I don’t really think that Dillian is looking at a rematch with Jermaine Franklin.”