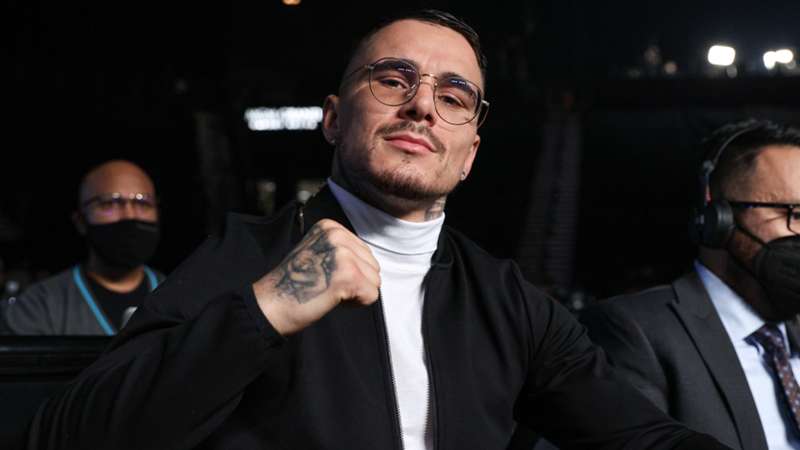 The chance to crown the undisputed lightweight champion could be on the cards.

The Australian beat Teofimo Lopez last year to claim the IBF, WBA and WBO belts, but also took the WBC franchise strap which he used to justify the claim he was undisputed.

However, Haney is the current WBC champion and Hearn believes that Haney vs. Kambosos will resolve any doubt from the equation.

Speaking to the DAZN Boxing Show, Hearn gave an update on the situation.

“There’s a lot of conversations between myself and Lou DiBella,” he explained. “The two promoters, we’re trying to figure out the structure of the deal, international TV, money being generated in Australia etc. We’re in a decent place. I spoke to him this morning, 3am his time, I think everybody involved wants to make the fight happen.

“In that respect I think we’ve got a great chance to do so. We’re talking about the financials, which will be the make or break part. Devin has no problem going to Australia, obviously being vaccinated. It’s the fight to find the true undisputed champion of that division. Confident we can make the fight, because it’s the fight that those parties want most.”

Hearn believes that Kambosos is keen to make the most of his opportunity while he is the biggest name in the division, and will not look for other fights.

“I don’t think Geroge wants to wait for anything,'' he explained.

“He wants the biggest fights and to make as much money as he can. Waiting around is very dangerous, strike while it’s there, make big fights and money while it’s there. There will always be a cloud over this until that fight happens. It’s one of the best fights in boxing.”