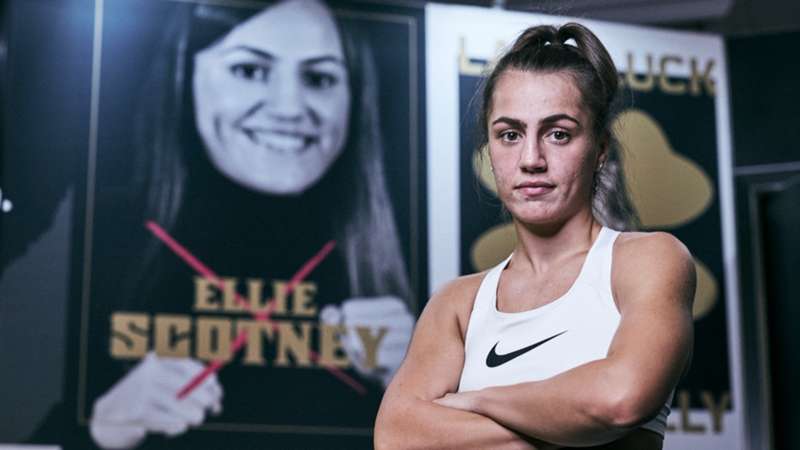 Ellie Scotney's professional journey would have begun much sooner, if not for the COVID-19 pandemic. But now, she's all-in.

Ellie Scotney's pro debut finally takes place on Saturday when she faces Bec Connolly (3-7) over six rounds in Peterborough underneath Lewis Ritson vs. Miguel Vazquez, after being forced to wait six extra months due to the lockdown.

She was initially set to compete in professional boxing contest No. 1 on the undercard of the David Avanesyan-Josh Kelly European Title showdown at The O2 at the end of March.

But the delay only strengthened her resolve, to the point that she has left her day job to focus solely on the fight game.

"I’m well prepared and ready to get down to work," said Scotney. "Two weeks ago I handed in my resignation at B&Q, I think they were happy to receive it. This is the next chapter.

“I’m just looking to get in there, I’m buzzing. It’s second time lucky after the first one got called off, I’m just grateful for the opportunity given the world we’re in at the moment.”

"I hope I don’t disappoint the fans, I do like to fight but hope I can be smart with it. I had 40 fights as an amateur and boxed all over the world.

“But pro boxing is a different game and I feel my style and my character is going to suit that, I just can’t wait to get in there. A career is short-lived so I’m going into it to enjoy every minute of it and make the most of everything.”

A highly-accomplished amateur, Scotney was tipped for an Olympic place in Tokyo but instead signed a long-term promotional deal with Eddie Hearn's Matchroom Boxing.

“I’m ready for a top Beccs turning up," Scotney said of her maiden professional opponent. "I wouldn’t expect anything less."