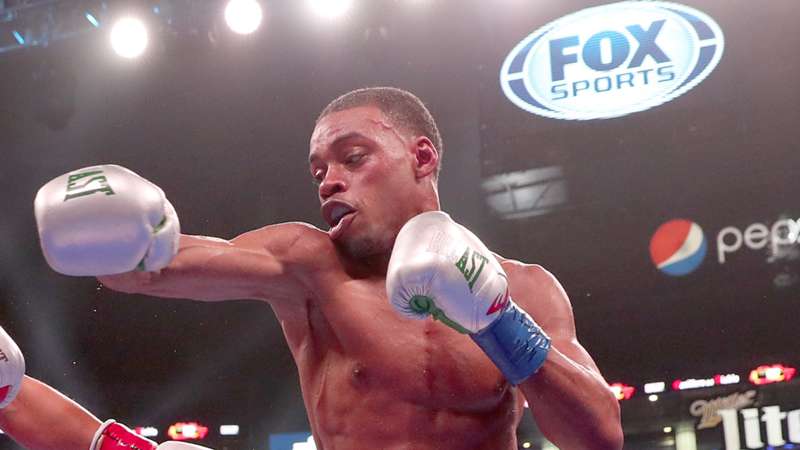 The unified world welterweight champion is also eyeing a May return to the ring.

Errol Spence Jr. broke his silence Saturday with his first public interview since crashing his Ferrari in October.

The unified IBF and WBC welterweight champion appeared on Fox's broadcast of the Tony Harrison-Jermell Charlo rematch. He said it was a "miracle" that he survived his vehicle flipping multiple times and being ejected from the car without suffering any severe injuries. Spence reportedly wasn't wearing a seat belt.

"My whole body was just sore," Spence said when asked about the extent of his injuries. "It was just, I guess, a miracle from God. He really protected me during the accident because anybody else would've probably been killed, so it's just a blessing from God that I was able to make it safe and return to boxing next year."

Spence added, "I don't remember too much" from the accident and couldn't talk about it anyway because there is a legal matter pending. He was charged with DUI following the one-car crash in Dallas. The 29-year-old fighter suffered facial lacerations and needed dental work, but he said he returned to training last week and is eyeing a fight this spring.

"I'm fighting around May, June, so I'll be back real soon," Spence said.

"I am the king of the welterweight division," he added moments later, saying that he wants to become the undisputed champion at 147 pounds. "I want to fight the top names in the division, whether it's Manny Pacquiao, whether it's Terence Crawford or whether it's Danny Garcia."