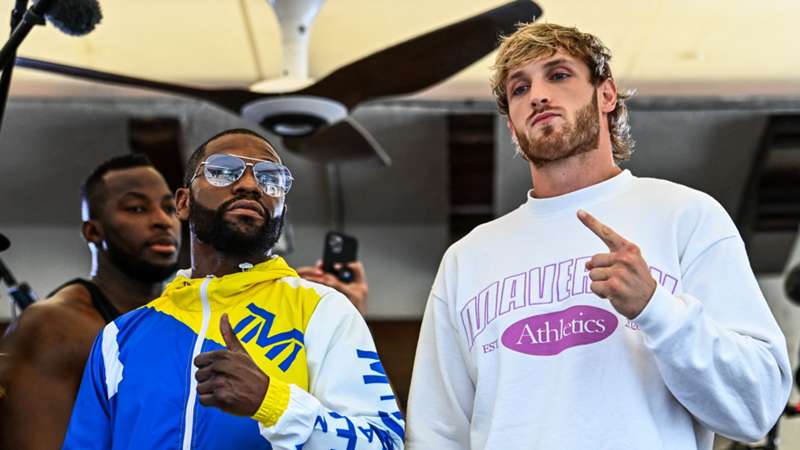 Bookmakers have the 0-1 celebrity as low as 5/1 to beat the undefeated boxing great...

Floyd Mayweather Jr., the multi-time former world boxing champion who retired from the professional circuit with a perfect 50-0 record in 2017, takes part in a special non-competitive exhibition attraction against infamous YouTube personality and novice boxer Logan Paul on Sunday in Miami.

Despite there pretty much being absolutely zero chance that Mayweather is remotely troubled by Paul in the bout, and despite the official rules stating that no 'official' winner will be declared at the end of the exhibition, bookmakers have been releasing odds on the outcome — and they're far closer than many of us would guess.

For instance, we asked our good friends at Betway earlier in the week to send us the current odds according to their algorithms. They obliged with the following:

Will The Fight Go The Distance?

Now, these were the odds as of Thursday. And while of course they will fluctuate constantly between now and the fight, 6/1 for a Logan Paul win is staggering. Some bookmakers had him as low as 5/1! If they were offering 5/1 or 6/1 on Logan landing one punch, now that would be an interesting bet to consider.

Of course, the bookies are largely controlled by circumstances, the market, their competitors and what bets come in on these things. So we asked Betway for some other sporting odds to compare to 6/1 for some guy who streams videos for a living beating one of the greatest boxers to ever compete, who is still only in his mid-40s, in an actual boxing attraction.

Not only did they oblige, but they threw in some television and politics odds as well.

What really hammers things home, however, are these events that are considered by bookmakers as less likely to actually happen than a win for the internet personality.

Less likely than Paul beating Mayweather according to odds (6/1)

Given that Mbappe is a goal machine for World Champions France and Hollywood megastar The Rock is heavily reported to return to his roots in WWE to participate in a money-spinning showdown with Roman Reigns for the main event of the next WrestleMania (and a Royal Rumble win in January would set that up), are we really saying that Logan Paul is more likely to beat Floyd Mayweather than these!?

Of course, the important thing come Sunday is that we're all entertained. And so far, the response to crossovers such as Mayweather vs. Conor McGregor, legends contests such as Mike Tyson vs. Roy Jones Jr. and all of the other oddball boxing contests featuring Logan and Jake Paul plus other non-fighters suggests entertainment will indeed be delivered.