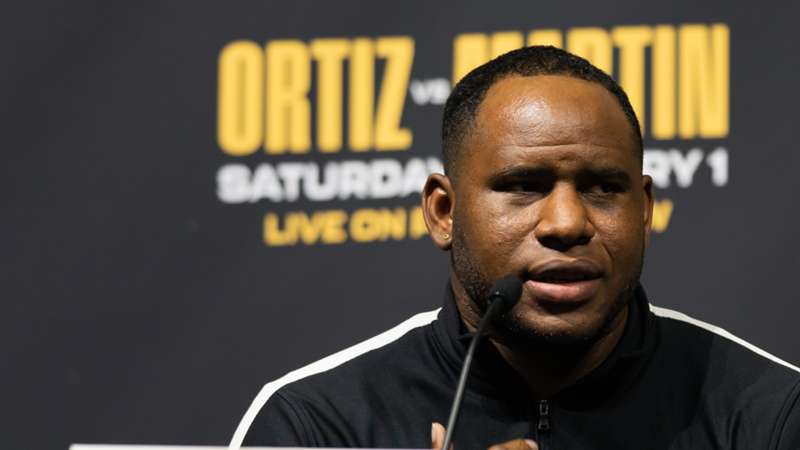 Ryan Hafey/ PBC
Check your region for Eubank Jr vs. Benn on DAZN

Frank Sanchez is setting his sights on a big fight next year.

Frank Sanchez will be a keen observer when Joe Joyce and Joseph Parker finally settle their differences this weekend.

The Cuban heavyweight has been quietly climbing the rankings as he prepares for a crack at the top fighters in the division and this weekend’s battle for the interim WBO crown has caught Sanchez’s eye.

Once a gym mate of Canelo Alvarez, Sanchez left Eddy Reynoso earlier this year to join up with veteran coach, Joe Goossen, and the new team will work together on October 15th when Sanchez faces Carlos Negron.

With the leading fighters at heavyweight all focusing on each other, a fight against Saturday’s victor is appealing to Sanchez if he gets past Negron.

"I am not looking past Carlos Negron,” said Sanchez when speaking to Sky Sports. "He is a very strong fighter with very good power that is dangerous. I have to be at my best.

“Joyce vs Parker is a very interesting fight. I think in the end Joyce's size and strength will be too much for Parker, but you never know.

"Parker is a good boxer and I suppose it is possible he can out-box the slower Joyce. I will be watching with interest, and I expect a good fight. Of course, I would like to fight the winner of Joyce versus Parker for the WBO Interim title.”

Sanchez added, “It has been my dream to become a champion since I was a child. God willing, I will fulfil this dream in 2023, but first I must focus on Carlos Negron."