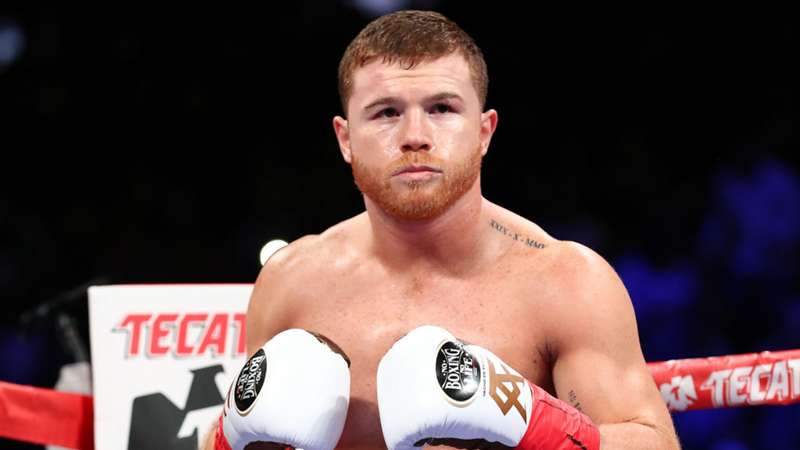 Canelo Alvarez is looking to secure his next fight, but it won't be against his rival Gennadiy Golovkin.

The boxing world has been waiting for a third fight between Canelo Alvarez and Gennadiy Golovkin.

It now seems as if it will have to wait a little longer.

What originally was teased a a possibility before the end of 2020 is likely to be pushed back to next year after the president of Golden Boy Promotions, Eric Gomez, said that a group of five or six fighters are being weighed by Alvarez and none of those options include Golovkin.

"There are five or six opponents, the names that always come out, and we are not ruling anyone out, but there is not one that sounds better than the other," Gomez told ESPN Deportes. "There are several that have been mentioned, but Saúl is going to decide who he wants to fight with."

Gomez didn't name any fighters in particular, but the three-division world champion has been linked to everyone from Billy Joe Saunders and Sergiy Derevyanchenko to Anthony Dirrell and Callum Smith.

"We are looking at opponents, but there are no offers. We saw that some notes came out, but they are not true, there is no one, there are no offers, they are the same opponents, the best in the world, some of them champions," Gomez continued. "The difference is that the borders are not open and people cannot travel freely as they would before, and that is another aspect that we have to look at."

The one name Gomez eliminated from the pool of names was Golovkin. Although previous reports suggested the two would fight in September, the fact that the COVID-19 pandemic has yet to allow the sporting world to return to normal with live fans in attendance is a key reason why the trilogy isn't an option for 2020.

According to Gomez, Alvarez is open to the idea of fighting in a venue that is devoid of fans, but the likelihood of an empty-arena fight against one of the biggest names in the sport is slim to none.

"He is open to the idea (of empty-arena fights), it is not yet confirmed, he has not confirmed that, we are just talking about the idea of fighting without an audience, we will see, he is open to it," Gomez said. "But he wants to see all the details. In the next few weeks we will meet to discuss all the details, so he feels safe, that it's going to be a safe place, he wants to know about the protocols, we will see in the coming weeks."