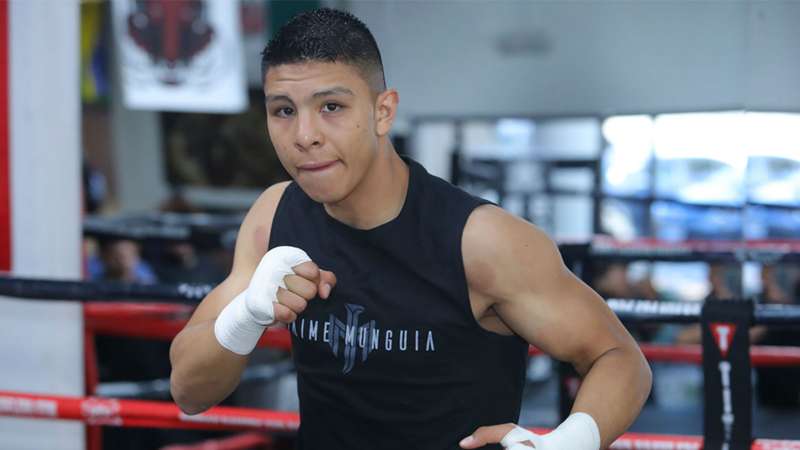 The rising Mexican middleweight star gets his return pushed back.

Jaime Munguia's 2021 debut has been pushed back.

Golden Boy Promotions, the co-promoter of Munguia, revealed that the former WBO junior middleweight champion would no longer return on Saturday, April 24, as his second opponent, D'Mitrius Ballard, had to bow out due to an elbow injury. Now Munguia will come back on Saturday, June 19, at the same venue he was supposed to compete in, the Don Haskins Center in El Paso, Texas, against an opponent to be determined that can be seen on DAZN in over 200 countries and territories.

Initially, Munguia was set to face off with Maciej Sulecki. The native of Poland also was pulled due to injury and then replaced with Ballard.

Ballard has a decorated amateur career. He won several national championships and was looking to notch the most significant victory in his career in what would have been by far the most challenging test to date. The 28-year-old started his pro career in 2013 and fought competitors such as Victor Fonseca and Alan Campa. Ballard is anxious to make his mark on the division on April 23, coming off a majority draw against Olympic bronze medalist Yamaguchi Falcao.

Munguia (36-0, 29 KOs), a former WBO junior middleweight champion, has made a giant splash in his first two middleweight bouts that occurred in 2020. The 24-year-old from Mexico scored an 11th-round TKO win over Gary "Spike" O'Sullivan in January 2020 and a sixth-round stoppage victory over Tureano Johnson at the end of October. Munguia is ready for another step-up in competition in his journey to becoming a two-division champion. For the time being, the push to capture more gold will have to wait.