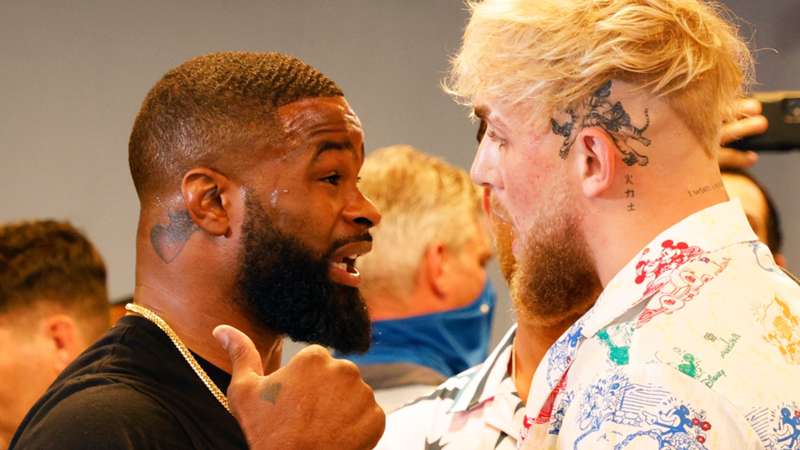 Jake Paul looks to continue his unbeaten record with potentially his toughest fight yet.

The circus rolls into town again as Jake Paul makes his fourth professional boxing appearance on Sunday, August 29, when he faces Tyron Woodley.

Woodley is regarded as his toughest opponent yet, with the former UFC champion yet to fight in the boxing ring professionally, but expected to be a more apt boxer than Paul's previous opponent Ben Askren, who was easily beaten in a first round knockout.

Paul has suggested that with Tommy Fury on the undercard, this could be the chance for Tyson Fury's younger brother to make the transition to the US audience and set up a fight with the 24-year-old YouTuber in the pair's next event.

It is also the first time that British heavyweight Daniel Dubois is on a US card, taking on Joe Cusumano.

Here is everything you need to know about Jake Paul vs. Tyron Woodley.

When is Jake Paul vs. Tyron Woodley? Date, Start Time

The Paul vs. Woodley card takes place on Sunday, August 29. The main card begins at 8 p.m. ET in the United States and at 1 a.m. BST in the UK. Paul and Woodley are expected to make their walks to the ring at around 10:30 p.m. ET and  3:30 a.m. BST, pending on the outcome of the earlier main card fights.

The card will take place at the Rocket Mortgage Field House in Cleveland, Ohio.