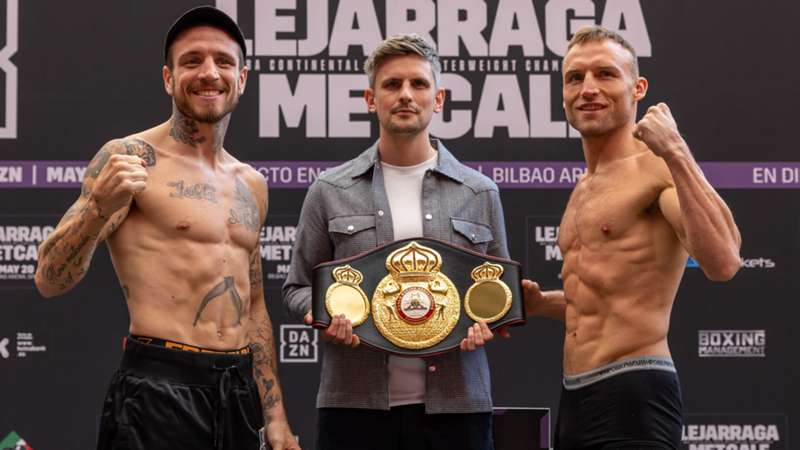 James Metcalf pulls off a shocker.

James Metcalf and Kerman Lejarraga trained together three years ago. Lejarraga didn't take too much stock in those sessions.

But Metcalf took lessons from the time spent with Lejarraga. As a result, Metcalf used patience and a better boxing IQ to defeat Lejarraga by unanimous decision (97-94, 96-94, 96-95) from the Bilbao Arena in Bilbao, Spain.

The performance of his career, away from home 👏#LejarragaMetcalf pic.twitter.com/yfDbzkWsan

It was nonstop action from the opening bell. Whether it was throwing a jab, circling to find the right opening to attempt a shot, or just letting the artillery out of the holster, Lejarranga and Metcalf let it fly, with the latter having the slight advantage because of being more active and landing the more significant strikes.

In the fifth round, Lajarraga started to get himself back in the fight with the left jab and continued to pepper it at will.

The momentum didn’t last long as Metcalf roared back to begin the sixth with a powerful left hook. From there, he kept the foot on the gas pedal with constant pressure that was taking its toll on Lejarranga heading into the final rounds.

With each fighter bloody and cut up, it was Metcalf who dug down deep and closed the show. While Lejarranga was looking for the knockout blow, Metcalf used a steady jab and uppercuts to pull off the upset.