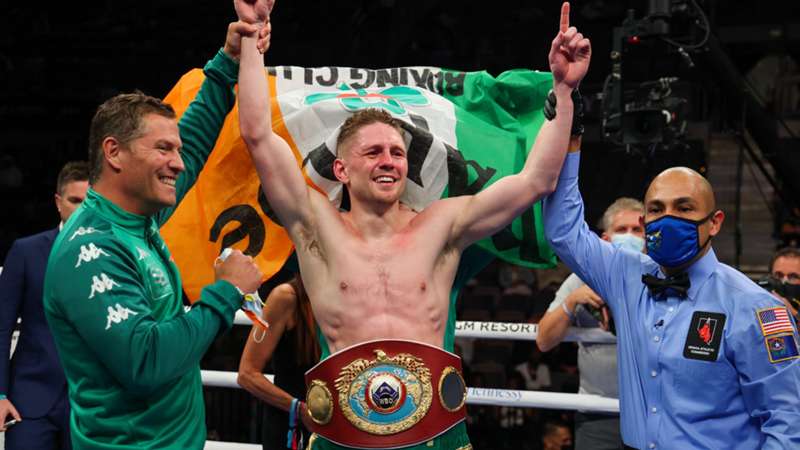 Watch Andrade vs. Quigley on DAZN (Except UZB)

Jason Quigley rallies the Irish support ahead of his clash with WBO middleweight champion Demetrius Andrade.

Ireland's Jason Quigley is hoping his army of Irish fans can give him an extra boost against WBO world middleweight champion Demetrius Andrade on November 19th.

The fight is taking place at the SNHU Arena in Manchester, New Hampshire, which is home terriritory for Andrade.

Quigley on the other hand is hoping an Irish invasion can help the swing the fight in his favour and win a world title at 160lbs.

"There’s nothing like the Irish fans and I cannot really imagine what it’s going to be like come fight night," Quigley said ahead of the clash which is being broadcast live on DAZN.

"We all know how loud and proud they are and that’s giving me more excitement, and these are the types of things as well that can get fighters through a difficult period of a fight.

"When you are in the ring and you are hurt, you go down, something is not going to plan - when you hear the crowd roaring you on that can give you the extra lift and percentage to get you over the line."

But while Quigley is both nervous and excited ahead of this career defining contest, the 30-year-old is focused on the task at hand.

"In the build-up to the fight it’s about controlling emotions, the nervous energy, you have the natural excitement inside of course, but I have a job to do on November 19, to get in there and take care of business.

"That’s been the mindset for me, I have prepared as hard for this fight as any other that I’ve had."