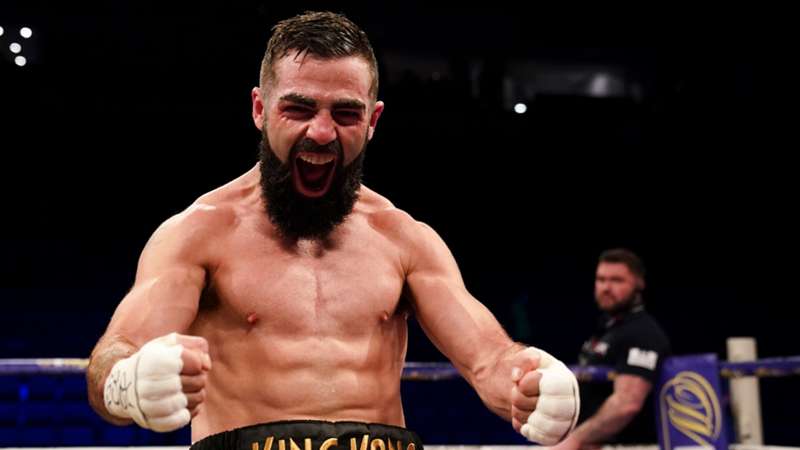 Boxing returns to Wakefield in Yorkshire on Wednesday at the LS-Live venue in South Yorkshire, with Jono Carroll’s bout against Maxi Hughes scheduled to headline the card of the MTK Fight Night.

The event is part of the nascent return of the sport after the coronavirus lockdown in Britain. The continued ban on spectators means that the card will take place behind closed doors, with remote viewing the only possible method to watch.

MTK’s first Fight Night since lockdown is part of three cards planned for the coming weeks, and MTK’s Paul Gibson said: “There are a lot of unique challenges to pulling a card together in the current climate, but these 15 matches guarantee some cracking fights.

“It’ll be action from first bell to last.”

AIN’T NO STOPPING US ❌

Carroll (18-1-1, 4 KOs) is the overwhelming favourite as he comes off the back of a famous victory against Scott Quigg at the Manchester Arena in March 2020, shortly before Britain’s lockdown. The 28-year-old Irishman made his debut in 2012, somewhat surprisingly starting his career in Perth, Australia, against Matthew Seden, and he has only experienced a single defeat since then (against Tevin Farmer, losing his IBF World Super Featherweight title).

Carroll is looking to build on his success over Quigg, saying: “I’m over the moon. It’s topping the bill again, so this is what dreams are made of and why I started boxing in the first place.”

He explained he was not studying his opponent in great detail: “The Quigg fight went exactly how me and my trainer planned it. It was an easy night’s work and easier than expected. We put so much hard work and graft in the gym, and we were well prepared.

“It’s Maxi Hughes next, but I haven’t watched him fight really. I’ve seen two minutes of him and that’s it. I don’t like studying fighters or watching them too much.

“You can watch and think do this and do that, but it doesn’t matter. I just let my trainer do the investigating, then he gives me the game plan, and I’ll do what he tells me. It means I don’t get mentally exhausted thinking about what punches I need to throw.”

Hughes (20-5-2, 2 KOs) will fight as the underdog, though he also won his most recent match-up, against Kris Pilkington in Doncaster in February this year, and this fight will mark almost 10 years since he turned professional.

Hughes sees the fight as a chance to improve his reputation and to find bigger challenges in the future, saying:  "Winning this fight will raise my profile and put me in a good position. After this I'd like the big fights to keep coming my way as well as the titles.

"I'm more than happy to travel to fight, and I've always wanted to fight abroad, so that would be nice if I win this fight. It's a shame it is behind closed doors because I know all of my fans would have loved to come to watch this, but as soon as I get in the ring I'll be focused.

"The ring walk will probably feel very strange at first, but once we're fighting it's going to just be like sparring in the gym, and we've all done that plenty of times."

OPEN WIDE 😮@jono_carroll & @BOXERMAXIHUGHES have had their COVID-19 tests ahead of Wednesday's #MTKFightNight main event.

Safe to say neither of them enjoyed it...😬

Here’s a complete guide to the Carroll vs. Hughes card.

The Carroll-Hughes card will begin at 19.00 BST/2 p.m. ET with Carroll and Hughes expected to make their ring walks about 22.00 BST/5 p.m. ET, although the time depends on the length of the earlier fights.

In the U.K., the Carroll vs. Hughes fight is on Fight Network and available to stream on iFL TV. In the U.S. the fight is available via ESPN+.

Where is the Cash vs. Hughes fight?