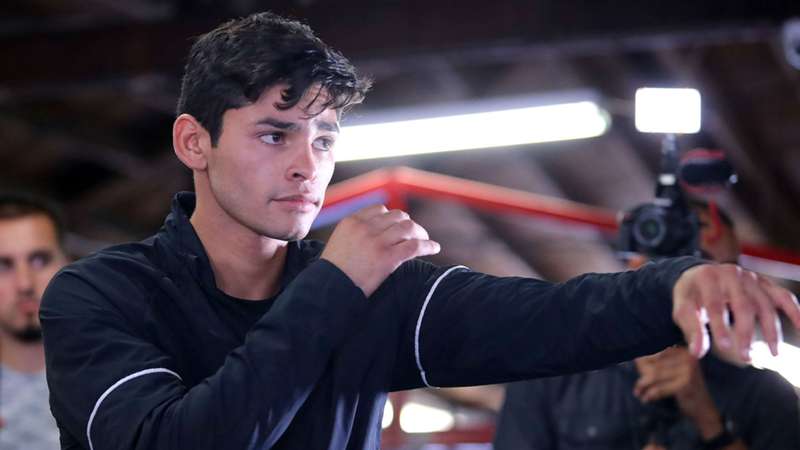 Linares' team seems motivated by his age to get a fight in sooner rather than later.

Jorge Linares wants Ryan Garcia to "100 percent" be his next fight, his adviser Jose De La Cruz says — and he doesn't care if there's a live audience or not.

Linares' team seems motivated by his age to get a fight in sooner rather than later.

Garcia is known for his strong social media following and draws large crowds for his fights. So, should Garcia agree to fight Linares if it's behind closed doors? Chris Mannix and Sergio Mora debated the question on their show "Jabs."

"Unfortunately, I've got to say it's a bad move," Mora said. "Ryan Garcia is an ascending star. He is being groomed for greatness, and he feeds off those crowds. We saw what happened in his back-to-back first-round knockouts. ... With an arena full of adrenaline, he takes that into the ring. But in an empty arena, how is he going to react? I think it's a bad move."

Mannix sees the other side. He said if both fighters are willing to fight behind closed doors, they should go for it.

"(We) have no idea when this pandemic is going to end, and when Ryan Garcia would be able to get those 10, 12, 15,000-person crowds," Mannix said. "Until then, you can't just fight bums. You can't just fight C and D-level fighters and expect to make any kind of purse."

A fight between Garcia and Linares was rumored to be in the works earlier this year. Garcia even announced on his Instagram back in February that the bout would take place July 11 at Staples Center in Los Angeles. Then the coronavirus pandemic brought things to a halt.

Now, Linares seems to want things to get going again. He said on "The Ak & Barak Show" that it's time to see how Garcia matches up with stronger competition.

"We need to see, one day, Ryan Garcia fighting with a good boxer," Linares said, "and we can see how much he can support a big punch."