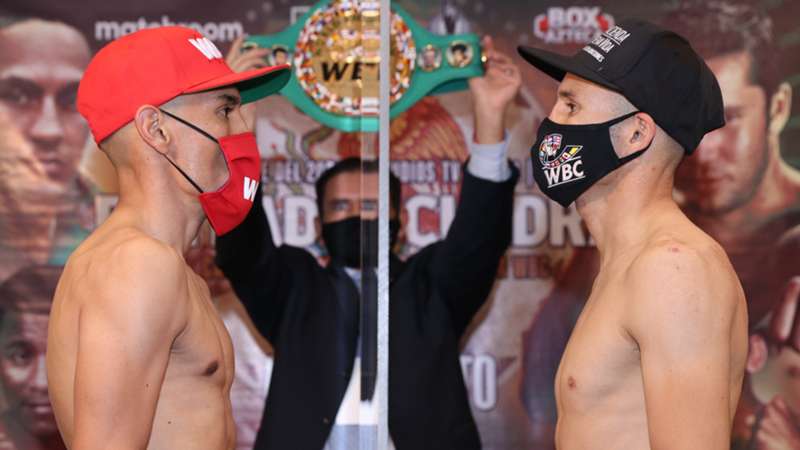 On Friday, Oct. 23, boxing fans will get a treat as three world championships will occur at Azteca Studios in Mexico City.

If Estrada and González escape Mexcio City with their respective titles, it would line them up for a rematch won by the latter in November 2012 via unanimous decision.

Estrada and Cuadras fought in a highly competitive contest in 2017, with the former winning a narrow decision. Estrada (40-3 27 KOs) makes his 2020 debut. He last fought in October 2019, stopping Dewayne Beamon via ninth-round TKO. While he understands the problems Cuadras possesses, Estrada says that a Gonzalez clash is in his future with a victory.

The assumption among many boxing pundits was González (49-2, 41 KOs) had seen better days heading into the Kal Yafai bout in February, as he'd gone 2-2 in his last four contests. But the former top pound-for-pound fighter showed there's plenty more in his gas tank, dominating Yafai throughout and winning by ninth-round TKO to capture the WBA belt.

"I want to thank God for giving me the strength to endure the sport I love and defend my world title," González said. "I want to thank Eddie Hearn and Matchroom Boxing as well as my family of Teiken. I also want to thank all my fans, especially my Mexican friends and Zanfer promotions for giving me this great opportunity, it is truly a blessing to fight in Mexico, and I am ready to give my all on October 23."

In a short time, Martinez (16-1 12 KOs) has developed into one of the most exciting fighters in the sport with his all-action style and ferocious punching power. The 25-year-old stopped Cristofer Rosales in December to win the WBC belt. He last competed in February, beating Jay Harris by unanimous decision to successfully defend the belt for the first.

"I've been preparing very well here with my trainer Mauricio Aceves," Martinez said. "We’re having a very strong camp. Thank God that I’ve still been able to work out throughout the pandemic. Either my trainer comes to my house, or I go to his. ... I’m very confident that my trainer has me in the best shape for this upcoming fight.”

Martinez was originally scheduled to face Maximino Flores, but Flores had a positive COVID-19 test, and Calleros will step in.

Here’s a complete guide to the Estrada, González and Martinez fight card, with betting odds, undercard information and more.

When is Juan Francisco Estrada vs. Carlos Cuadras 2?

Estrada vs. Cuadras 2 TV, live stream: How to watch

The Estrada vs. Cuadras fight isn't available via traditional pay-per-view or a linear TV channel. Boxing fans can instead  sign up to watch the fight online with DAZN, the global sports live-streaming service. DAZN is available in the U.S., Canada, Germany, Austria, Switzerland, Japan, Italy, Spain and Brazil.

In Mexico, the fight is available via TV Azteca.

How much does the Estrada vs. Cuadras 2 fight cost?

Where is the Estrada vs. Cuadras 2 fight?

The Estrada vs. Cuadras fight will take place at Azteca Studios in Mexico City.

This marks the first time Estrada and Cuadras will be fighting at the venue.