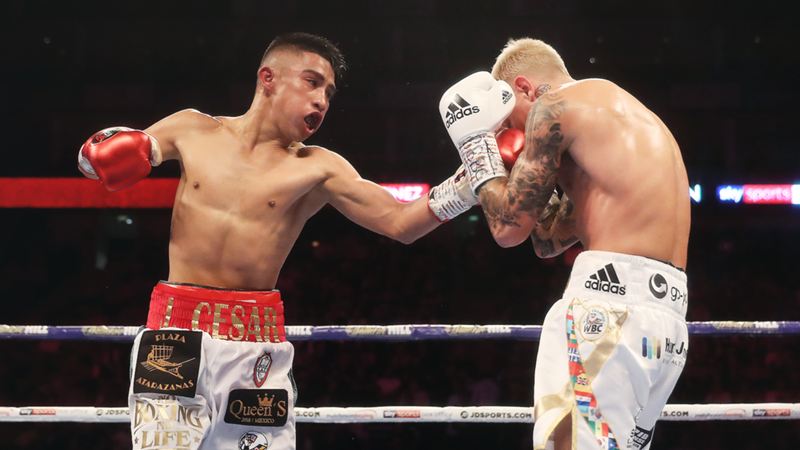 The WBC flyweight champion is aiming for another victory this weekend.

Julio Cesar Martinez is going to ‘leave it all in the ring’ when he faces Joel Cordova on June 26 in a fight shown exclusively on DAZN.

The WBC flyweight champion knows Cordova from his past, but believes he will emerge the victor.

Speaking to the DAZN Boxing Show , Martinez said he was, “Excited and motivated to be headline and I’m ready to do it all inside the ring.

“He’s a fighter that I'm familiar with, and I had the pleasure to spar against him to prepare for Jose ‘Gallito’ Briegel Quirino, we did an exhibition of five rounds.

Martinez says he has put in the work ahead of his title defence, and is going to try to win by stoppage.

“I have confidence that we trained hard and completed a very strong camp preparing for this fight. We haven’t fought for over four months - we enter this fight strong, excited, motivated., and like always leave it all in the ring,” he said.

“We’re going for the knockout but if the knockout doesn’t happen, we’re prepared to go all 12 rounds, but we’re looking to end the fight early.”

Subscribe to DAZN now for The DAZN Boxing Show every weekday, plus live boxing including Martinez vs. Cordova on Saturday.