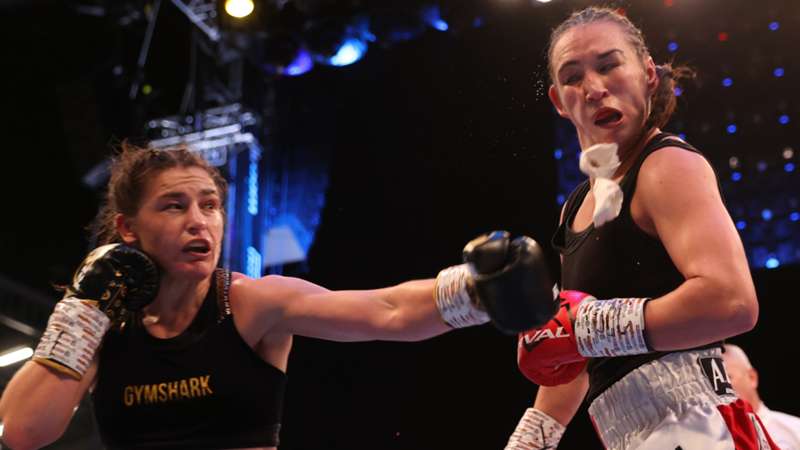 The two champions appear set for a fight in the new year.

Serrano fought last weekend against Yamileth Mercado, and has been put in the mix for a fight with Taylor, often thought of with Claressa Shields as the pound-for-pound best in women’s boxing.

Taylor defeated Jennifer Han to defend all four of her lightweight belts on DAZN on Saturday night, and Hearn believes that the natural fight to make is against the two-belt Puerto Rican featherweight champion.

Speaking after the fight, Hearn said: “I think she fights again in December and then she has to fight Amanda Serrano.

“It’s not her fault that fight hasn’t been made, it was a mixture of many things, but that's the past.”

With Serrano now known to a wider audience after fighting Mercado on the Jake Paul vs. Tyron Woodley bout as the co-main event, the Matchroom promoter is planning big things.

“I think we have to. Amanda Serrano fancies that fight and has raised her profile, she brings tremendous value and she should be rewarded for that value,” he explained.

“I think we can headline Madison Square Garden with that fight, by far and away the biggest fight in women’s boxing. We have to do that fight, if we don’t, it’ll be a piece missing of a wonderful career.”