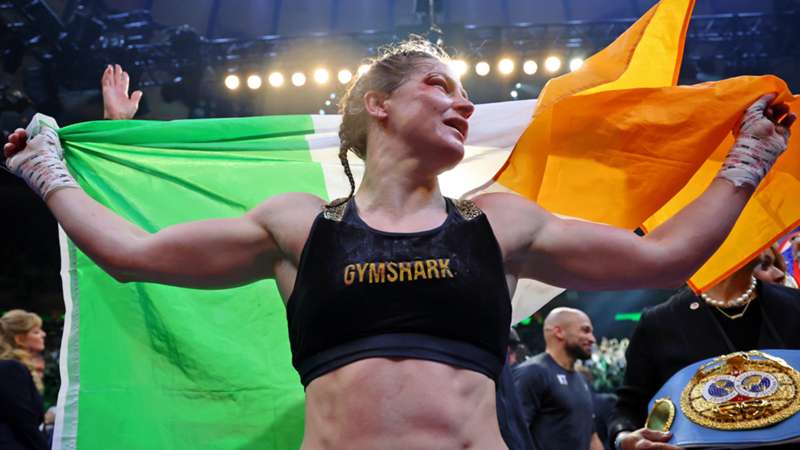 The undisputed champion returns to the ring in England.

Katie Taylor will defend her undisputed lightweight title against Karen Elizabeth Carabajal at Wembley Arena in London on Saturday October 29 in an event shown live on DAZN (excluding Australia and New Zealand).

Taylor (21-0, 6 KOs) last fought in a huge contest as she defeated Amanda Serrano in a Fight of the Year contender earlier this year at Madison Square Garden in New York.

Argentina’s Carabajal (19-0, 2 KOs) is yet to taste defeat in her professional career and has previously held the WBC Latino, South American and Argentinian super featherweight belts.

“It's hard to believe it's been almost six years since I made by pro debut there so it's great to go back now and headline,” said Taylor. “It's been an amazing journey so far but there are still lots of great fights out there for me and I'm excited about what's still to come.”

“I was very happy when I received the offer to challenge Katie,” said Carabajal. “The hard work has paid off. I'm not thinking for a second about giving Katie a win. All the belts will come back to Argentina with me!”

“I’m delighted to see Katie back in action following her epic victory over Amanda in a historic night in New York,” said Eddie Hearn. “Katie is one of the superstars of boxing and more than that a pioneer for women’s sport, and it’s great to have her return to the arena that she made her debut in 2016. It’s always an honour to stage Katie’s fights and I have no doubt that after her fight of the year with Amanda in April, a new wave of fans will pack the Wembley Arena to see this icon perform against the tough, hungry and unbeaten Argentine."