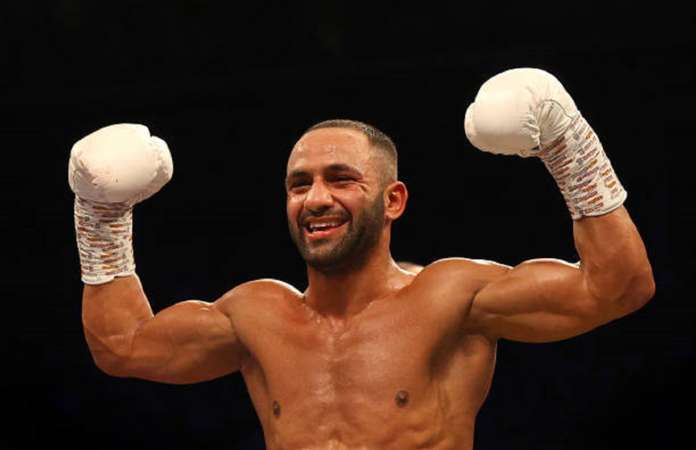 Watch Galahad vs. Dickens only on DAZN

Kid Galahad expects to win in style when he faces Jazza Dickens for the vacant IBF featherweight title on Saturday night. The fight, which headlines week two of Fight Camp exclusively live on DAZN, sees both men compete for world honours for a second occasion following unsuccessful efforts the first time around.

The fighters know each other well following a meeting back in 2013 when Dickens surrendered an early lead to be stopped in the tenth session. Since that meeting, the fighters have sparred dozens of rounds and are on excellent terms when not facing each other. However, despite the niceties they often share, Galahad is putting that friendship on hold for the time being.

“I’ve actually done about 60 or 70 rounds with Jazza Dickens, probably more,” said Galahad. “When I boxed Marrero, I sparred Jazza. I’ve known him for a long time. We’re friends. Any time I ever fight a southpaw, I always spar with Jazza because he’s a good southpaw.

“At the end of the day, when we get in there, friendship is going to be pushed to the side, and that’s it. Seek and destroy, that’s it. I’m not here to make friends and everything else. When I get in there, I’m here to win. I don’t care who you are.”

Galahad added, “When we get in that ring on, it’s just going to be me and him in there, nobody else. That’s when it’s going to matter. I’ve done it the hard way, and I’m going to win this World Title in spectacular fashion. I’m going to be a World Champion for a very long time. I’m not going to let it go.”