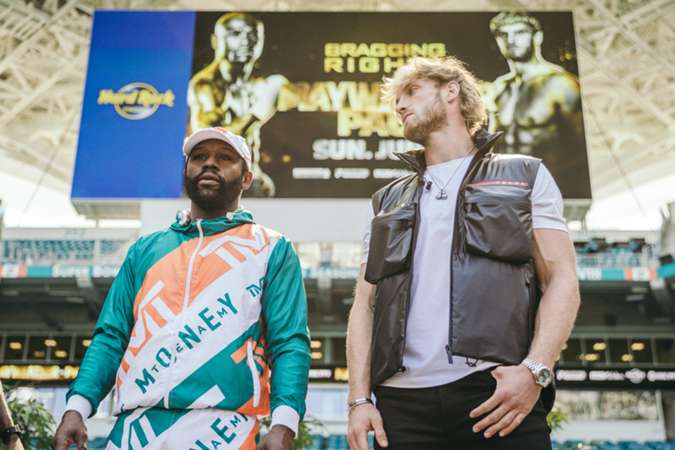 Jean Pascal vs. Badou Jack was set to be an exciting battle. Logan Paul vs. Floyd Mayweather show goes on without support bout.

Logan Paul’s upcoming event with Floyd Mayweather has dealt boxing fans a blow with news that Badou Jack’s rematch with Jean Pascal has now been postponed. Jack took to social media on Friday night to announce that his rival had failed a drugs test.

The light-heavyweight meeting scheduled for June 6th was a rematch following their December 2019 battle that Pascal won via split decision. Both fighters hit the floor in a mini-classic and confirmation of their second meeting excited the boxing community.

“My fight with @jeanpascalchamp is OFF as he tested positive for 3 different steroids,” Jack stated on on his Twitter account. “We suspected he was dirty the first time around and @Vada_testing confirmed it this time. I’m still fighting on June 6th and my team is looking for a replacement opponent. Alhamdulillah.”

Jack added in another tweet, “Btw…this wasn’t the first time this happened to me. Lucian Bute took steroids for our fight & now Jean Pascal. Are you so scared of a fair fight with me that y’all need to take steroids to fight me? #Cowards @lucianbute @jeanpascalchamp.”

Kevin Iole of Yahoo! Sport used his own Twitter account to announce that Pascal failed tests for Drostanolone, Drostanolone Metabolite and Epitrenbolone.