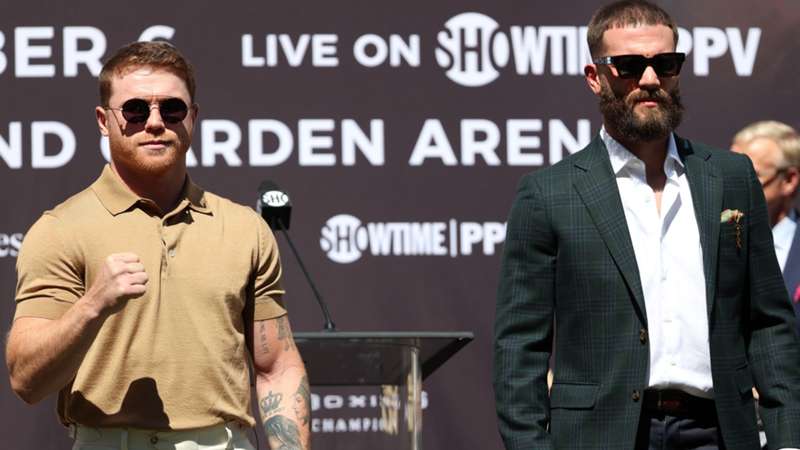 Saul 'Canelo' Alvarez and Caleb Plant are set to go head-to-head for the undisputed super-middleweight championship next month.

Deontay Wilder's coach Malik Scott has given his prediction for Saul 'Canelo' Alvarez's clash with Caleb Plant for the undisputed super-middleweight championship on November 6.

Speaking to FightHype.com, Scott believes the IBF champion has a chance of beating Canelo after an intense press conference a few weeks ago.

"What I like about is that Caleb isn’t playing a game. He’s not playing the opponent game."

“He’s willing to disturb Canelo, even if it means him smacking or getting smacked or whatever that was."

However, if Plant is to beat Canelo under the bright lights of the MGM Grand in Las Vegas, he has to keep the pressure constant in all 12 rounds according to Scott.

"Boxing guys like Canelo, you can never take your foot off the gas ever. For him to be his age, he’s seen every style of boxing and dealt with it."

“Whether you felt he won fights or not, he’s dealt with it. No one has ever walked through Canelo ever, and he’s fought good fighters, great fighters.”

During the first press conference between the two super-middleweight rivals Plant commenced the mind games with the WBA, WBO and WBC champion by discussing Canelo's postive PED test and controversial judging decisions in Las Vegas. The pair also came to blows in front of the world's media which resulted in a cut below Plant's right eye.

Watch Ak and Barak discuss Canelo vs. Plant when it was first announced below.