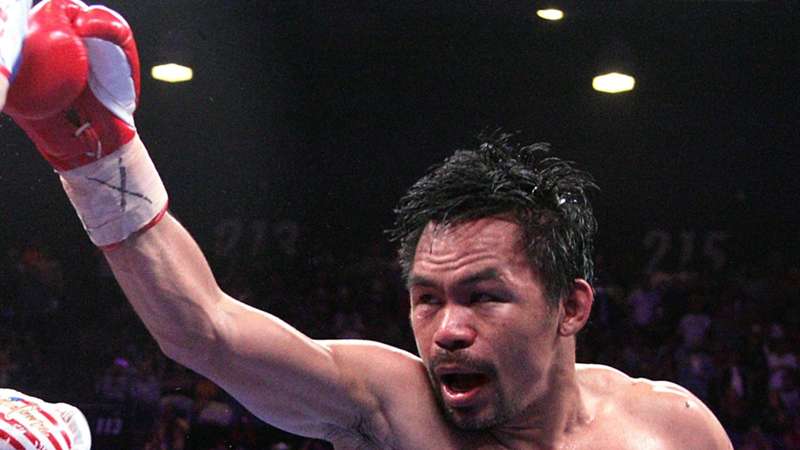 Who will the WBA welterweight champion be facing?

Manny Pacquiao is looking forward to defend his WBA welterweight title in 2020.

Sean Gibbons, the boxing legend's adviser and president of Manny Pacquiao Promotions, told ESPN that "Pac Man" is planning to return to the ring within the first four months of 2020 and that his short list of opponents include former world champions Danny Garcia and Mikey Garcia. The fact that all three boxers compete under Premier Boxing Champions figures to make cementing such a fight a rather seamless transaction.

The 40-year-old Pacquiao (62-7-2, 39 KOs) turned back the hands of time in July when he scored a split decision victory over Keith Thurman, 30, to capture the WBA crown. Since suffering a controversial decision loss to Jeff Horn in July 2017, Pacquiao has now tallied three straight victories, including a TKO of Lucas Matthysse in July 2018 and a one-way drubbing of Adrien Broner in January before delivering the impressive victory over Thurman to hand "One Time" his first career defeat.

At 31, each Garcia presents an intriguing challenge to the Filipino Senator. Danny Garcia (35-2, 21 KOs) is coming off a seventh-round knockout of Adrian Granados in April to bounce back from his unanimous-decision loss to Shawn Porter in September 2018.

Meanwhile, Mikey Garcia (39-1, 30 KOs) vacated his IBF and WBC lightweight titles to move up in weight and challenge IBF welterweight champion — and current unified welterweight titleholder Errol Spence Jr. — in March. Garcia was clearly outclassed in the match, as he lost every round in a shutout decision for Spence, though the Mexican fighter showed plenty of guts along the way.

As we await to hear confirmation of his opponent, Pacquiao will wrap up his productive 2019 by celebrating his 41st birthday on Dec. 17.