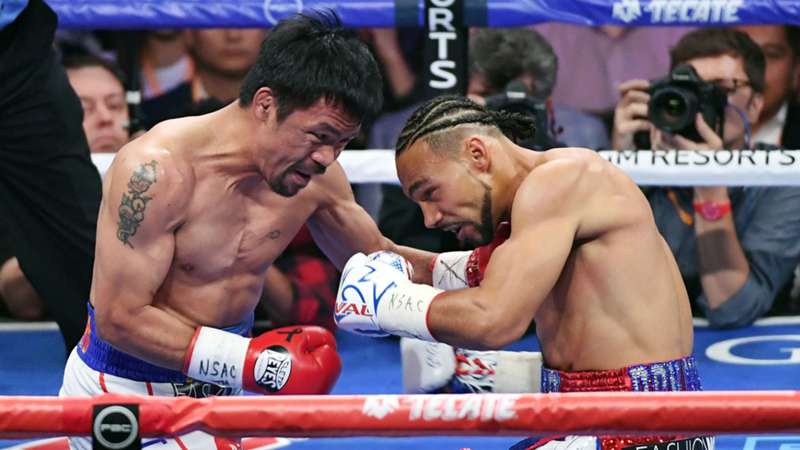 It looks like Manny Pacquiao will not be one of the many top boxing names striving to squeeze a post-pandemic fight in before 2020 is done.

Manny Pacquiao will only fight "once or twice" before retiring, according to his trainer Freddie Roach — and even those fights will not be until 2021.

As one of boxing's most recognizable active competitors, the 41-year-old Pacquiao is frequently linked with countless eligible opponents, but his camp this week laughed off the prospect of him following in the footsteps of former foe Floyd Mayweather Jr. to box UFC star Conor McGregor.

Roach, meanwhile, has revealed there will be no "Pac-Man" outings in 2020 — and that the clock is ticking on anyone who wants to step into the ring with the Filipino legend.

“He won’t fight this year,” Roach told BoxingScene.com. “But if this ever goes away — and I’m not sure it will because it’s getting worse and worse, not better and better — but I think Manny will fight once or twice more before he becomes the president of his country. And then he will retire.”

Pacquiao has already declared his intention to run for president in the Philippines in 2022, suggesting all that remains for his in-ring career is a two-fight 2021.

The win over Thurman drastically increased Pacquiao's chances of finishing up his career — for real this time, having already gone back on retirement once — with a fight or fights in the elite bracket rather than ending with a whimper.

A clash with Mikey Garcia was mooted prior to the COVID-19 pandemic, and Terence Crawford and Errol Spence Jr. are also big-name opponents that fans would like to see Pacquiao face before he calls it quits.

However, Roach says there is nothing precise being set up at this particular moment.

“He will fight again, I feel, and from when I’ve talked to him, he wants to fight once or twice more,” he said.

“But the thing is, it could be anywhere from the U.S. to Saudi Arabia, anywhere. They were talking about Mikey Garcia and I said, ‘Yeah, that’s the perfect fight for Manny.’

"But I don’t think we’ll really know until this [pandemic] is over.”